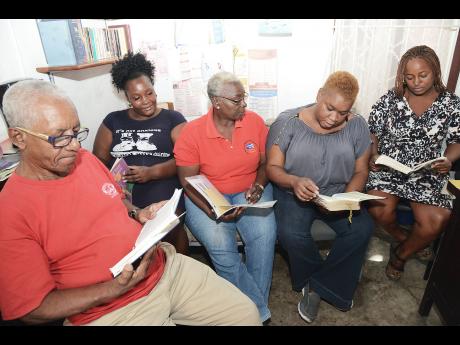 Rudolph Brown
Parents meeting at the Parent’s Place at the All Saints Church on West Street in downtown Kingston. 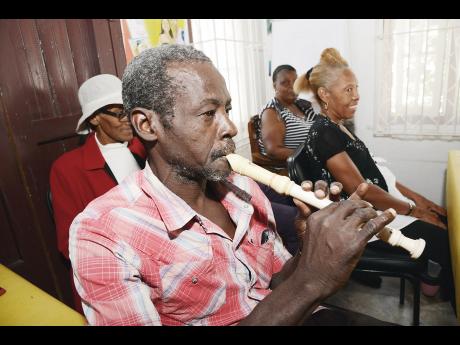 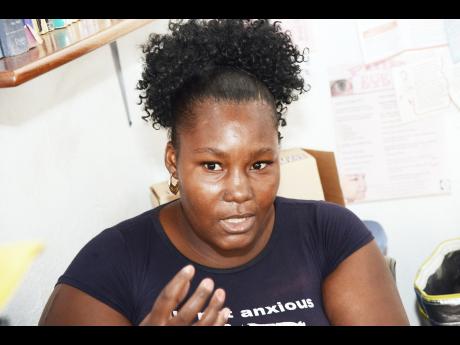 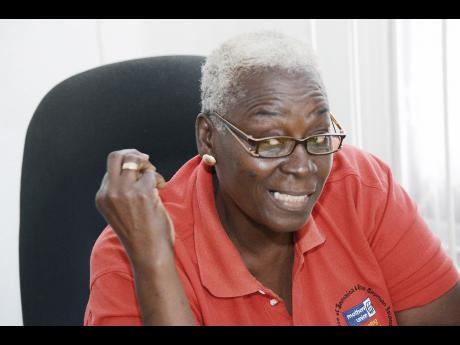 In a society where the proverbial good suffers for the bad, or "if you can't ketch quako, you ketch him shut" is a reality, parents in one inner-city community are finding that life and death are sometimes predicated on how effectively they can discipline their children.

It is for this reason why discipline is often the most discussed topic when these parents gather every Monday at the All Saints Church on West Street in downtown Kingston, where a Parent's Place has been established.

The parents often spend up to seven hours studying the Bible, playing dominoes or musical instruments, and most important, discussing their children and the social issues plaguing their community.

The Parent's Place initiative was introduced in 2011 as a private enterprise with state-operated facilities since established at schools across the island.

There are also a few churches that have also partnered with the Ministry of Education to provide this space for parents to discuss their challenges, educate themselves, and find solutions to some of the struggles they encounter in carrying out their duties.

"Most of the time we discuss what is happening at the home with parents and children. We find a shortcoming because a lot of the parents don't know how to relate to the children. Most of the times it causes the children to get out of hand and to be undisciplined," said father of five Michael McLaughlin.

"On a whole, a child will feel like they don't want to hear when you tell them certain things. You might tell them that you know that if you go down that road, that and that will happen. But they won't take your word for it, they insist on going down the road, and when they go down the road, is not them alone get in problem, you get in problem, too," added McLaughlin.

But then the parents find that the line between disciplining a child and abuse is becoming harder to decipher.

Beating is the form of discipline they are most acquainted with, but policymakers are increasingly advising parents to consider other measures.

There is also the threat of harsher penalties coming for parents whose children are found on the streets after 9 p.m., among other things.

A bill that was recently laid in Parliament by Portia Simpson Miller could see parents spending up to five years in prison for negligence.

"The beating sometimes help," argued McLaughlin, who finds that this is the reality in many households, especially those in the inner city.

"When the uptown parents will have two children, they can easily manipulate or take charge of them, but when downtown parents have five or six, and as I tell you, some of them start from they are 14 years old, it's hard.

"You might find you can get two out of the five children in a disciplined way, the other three wayward, and most of it is because it's a single parent most of the time, and the mother, she can't really cope, especially when the boy child becomes a teenager and he is being exposed to other things at school and in the community," explained McLaughlin.

Part of the focus of the Parent's Place has been introducing parents to other alternatives to beating.

"I tell them that if you beat a child to the point where a child is bruised, or anything, then you will be reported, and most parents were not aware of that," said cocoordinator of the church's Parent's Place, Carlene Narcisse.

"Even though they have ads on the radio and stuff like that, them just hiss their teeth and say, 'who a go report me if me lick my pickney; it's my own'," said Narcisse.

But she said that the group of parents who have been attending the sessions now know better and they try to impart this knowledge to the wider community in an effort to effect change.

"Everybody in here is aware that you can't do certain things. You can go so far and no more," she said.

Mother of four Kiola Cowan finds that she is now better informed.

"My kids them give talking and when I sit down with Auntie Carlene and we would discuss it, she say, 'don't beat them, just take away them freedom'. So like if they want to go to a party, just take it away from them and punish them," said Cowan.

"If they want to do any talking or do anything bad, they think, because they know that mummy a go punish me. Most of the time, beating don't work for kids, because if you beat them now, them a go back go do the same thing," she reasoned.