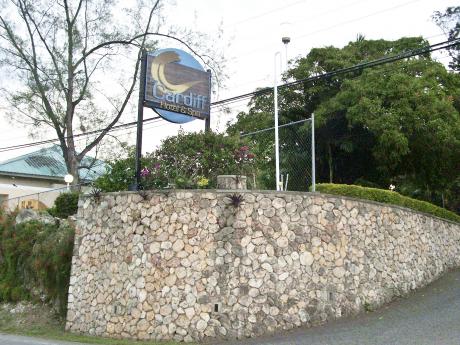 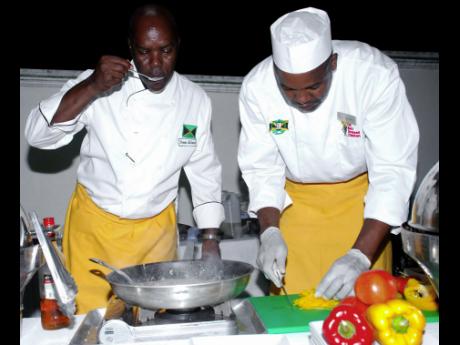 File
Executive chef for the Cardiff Hall Hotel & Spa Dennis McIntosh (left) tastes a sauce to be added to the skewered jumbo shrimp while Shawn Dobson prepares the dish.
1
2

The State-funded Cardiff Hotel and Spa has recorded a loss of more than $400 million over the past three financial years, 2012-2015, but the Human Employment and Resource Training/National Training Agency (HEART Trust/NTA) which operates the facility says that is not a big deal.

According to senior director of the HEART Trust/NTA, Kevin Mullings, the 56-room boutique-style hotel, which was formerly known as the Runaway Bay HEART Hotel, is a training facility which operates not as a profit-making business.

"The hotel complements the entire tourism and hospitality college which we launched in 2014. That entire facility supports more than 600 learners each year through various programmes in that training institution," Mullings told The Sunday Gleaner.

"The hotel incurs net training cost at the end of each year, which supports the currency of the hospitality laboratory that we have there. So those expenditures that we make support the training in a real-life setting," added Mullings.

He said the hotel and spa, which recorded income of just $268 million between 2012 and 2015 while incurring expenses of $672 million, is not being operated as a business, but instead exists to ensure that the students get adequate exposure in the various skill areas.

Some of these programmes include the executive chef programme with the Culinary Institute of America, sous chef, housekeeping and professional chef.

"So it is a number of relevant programmes based on labour market demands and with a particular emphasis on higher-level training to meet the significant expansion that we will be seeing in the hospitality industry with the number of new hotel operations coming into the island," said Mullings.

He argued that the HEART Act, which governs the collection of the gross taxable monthly emolument, allows for the use of the funds for various training activities, with Cardiff being one such.

Mullings further argued that the spending at the facility is justified by the output of certified learners.

"We have turned out a number of executive chefs, so instead of our hotels having to go overseas to identify these persons we are producing them," said Mullings.

"And in fact, that is one of the areas we are even looking at increasing the numbers based on the demand. And these persons when they go out there occupy a high-skilled, high-wage environment which promotes further development of businesses, promotes increased tax and ensures that these persons can make a decent living."

Despite expressing satisfaction with the efficiency with which the facility is being operated, Mullings said efforts are under way to improve the operational procedures.

"We continue to drive increased revenue as part of our regular annual operational plan, but there is a cost to training persons," said Mullings.

In the meantime, executive director of the HEART Trust/NTA, Dr Wayne Wesley, says Jamaican workers must be trained to capitalise on the job opportunities that will soon be available in the hospitality sector.

Addressing stakeholders and industry players at the National Council on Technical and Vocational Education and Training launch of Competency Standards in Tourism, Hospitality and Community Service, recently, Wesley said with the number of hotel rooms that are slated to come on stream within the next few years, it is incumbent that the Jamaican workers are adequately prepared to meet the demand.