Pastor stripped of NCU position after appearance at PNP meeting 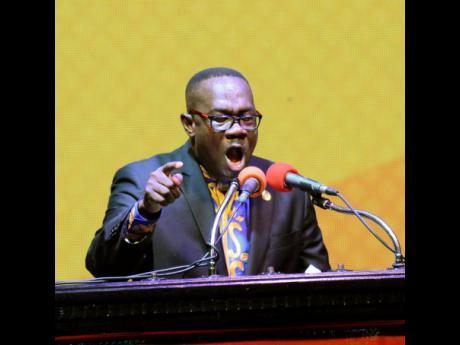 File Photo
The NCU head advised Harvey that his position as pastor at the university was being re-assigned to new leadership effective March 2, the same date the letter was sent.

Vice-president of the Northern Caribbean University (NCU) Dr Michael Harvey, has been stripped of his position as a senior pastor at the institution for his appearance on a People's National Party (PNP) platform encouraging Jamaicans to vote for the outgoing party.

This is the latest disciplinary action taken against Harvey, who the Jamaican Seventh-day Adventist Church, has accused of breaching global church policy.

NCU also cited the pastor for a conflict of interest.

The Gleaner/Power 106 News Centre has obtained a copy of a letter sent to Harvey by the NCU president, Dr Trevor Gardner.

Several senior university and church officials were copied on the letter.

The NCU head advised Harvey that his position as pastor at the university was being re-assigned to new leadership effective March 2, the same date the letter was sent. Calls to Dr Gardner and president of the Central Jamaica Conference, Levi Johnson, have gone unanswered.

Contacted, Director of Public Affairs for the local Seventh-day Adventist Church, Nigel Coke, said he was unaware of the developments.

Our news centre has also been unable to get a comment from Dr Harvey.

In previous communication leading up to this development, the university demanded an apology and that Harvey voluntarily relinquish the post.

It's reported that he apologised.

Meanwhile, The Gleaner/Power 106 News Centre understands that Dr Harvey had applied to become president of the NCU.

A search committee is due to select a replacement for Dr Gardner by April.

Dr Harvey will remain vice-president of spiritual affairs until a new administration takes office in August.

Both the Seventh-day Adventist church and the NCU have publicly condemned Dr Harvey for his utterances on the PNP platform on January 31.

Harvey was also placed on one month administrative leave.