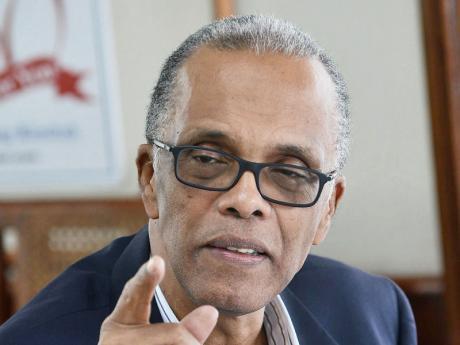 File Photo
Political commentator Dr Paul Ashley says it is a waste of the court’s time and resources to have Resident Magistrates sit through magisterial recounts which have been known to last months.

Political commentator Dr Paul Ashley is calling for a change in the way magisterial recounts are conducted.

According to him, it is a waste of the court’s time and resources to have Resident Magistrates sit through magisterial recounts which have been known to last months.

Ashley says powers should be given to the retired judge who sits on the Electoral Commission of Jamaica to carry out the recounts.

He was speaking at a Gleaner Editors' Forum Thursday.

A magisterial recount for the South Eastern St Mary constituency is currently underway at the Civil Division of the Corporate Area Resident Magistrate’s Court in downtown Kingston.

The recount started on Wednesday and is expected to be completed by tomorrow.

However, attorneys for both candidates have complained about the slow pace of counting.

However, with the recount now taking place, several cases which were before the court have had to be postponed.

Vice-president of the University of Technology, Professor Rosalee Hamilton says she understands the reasoning behind Ashley's call and would not object to the change.

However, she says if the recounts remain in the court system, residents should not be inconvenienced because of the process.

For his part, attorney-at-law Bert Samuels says he does not think the backlog of cases should be used as a justification for a move away from magisterial recounts.

However, he says perhaps more Resident Magistrates need to be appointed to make the process more seamless.