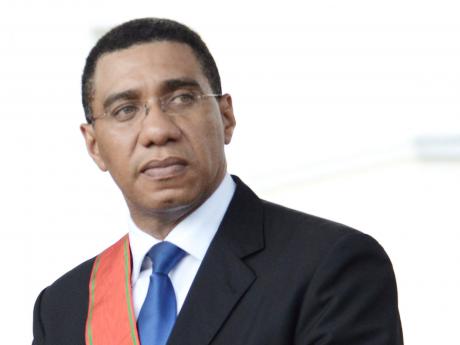 Holness ... the aim of the super ministry is to integrate all government agencies that are instrumental to growth and job creation.

Prime Minister Andrew Holness has made good on his promise to establish a Ministry of Economic Growth and Job Creation and he is taking charge of it.

He will be assisted by Daryl Vaz, Derrick Smith and Horace Chang, all ministers without portfolio.

Holness made the declaration on Monday as his 18-member Cabinet was sworn in.

Describing the portfolio as a super ministry, Holness said it will integrate all government agencies that are instrumental to growth and job creation in Jamaica.

Sign up for The Gleaner’s morning and evening newsletters.
Prime Minister Andrew Holness

While he was in Opposition, Holness had started to push for what he calls a growth csar and also called for the then PNP-led government to appoint a minister who would be solely responsible for economic growth.

Holness said the growth minister was necessary in light of Jamaica's current programme with the International Monetary Fund and the average growth of 0.2 per cent achieved under the People's National Party's first three full years in office.

However then prime minister Portia Simpson Miller dismissed the idea of a growth csar, saying that her entire cabinet was charged with bringing growth and development to Jamaica.