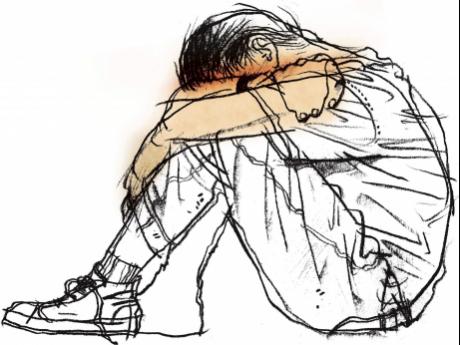 A 14-year-old student, who school administrators say have become too problematic for them to deal with, has been out of school for the past three months as the Ministry of Education tries to find, train and assign a specialist to monitor the child.

Joyette Shakes*, the child's mother, said her daughter was told not to return to the downtown Kingston-based school last December, following an incident between her and a female teacher which resulted in the teacher being injured.

According to Shakes, since then, her daughter, a grade-eight student, has been at home, missing classes as the school and the education ministry try to determine her fate.

"They called me at the school and told me that she hit a teacher in her eye but they never gave me the full motive of it," Shakes told The Sunday Gleaner.

The mother said she remained at the school on the day until the teacher was taken for treatment at hospital and returned to the institution.

When the teacher returned, one of her eyes was bloodshot, and Shakes said school authorities then instructed her not to send the child to school as the incident had been reported to the ministry, and they were waiting on that body to intervene.

But after months of waiting, and with the child passing her school hours on a sidewalk where her mother operates a vegetable cart in Kingston, Shakes is demanding answers.

"She is set back a whole lot because she keeps asking me, 'Mommy, when am I going to go back to school?' and it makes me very upset because she shouldn't be out of school now," added Shakes.

Last Friday, the school's principal, backed by two vice-principals, a guidance counsellor, and the teacher who was injured, confirmed that the child had neither been suspended nor expelled.

They said the school is waiting on the education ministry to appoint a 'shadow to accompany the child to the institution each day.

This shadow will be in charge of keeping a check on the student, who is said to be struggling with mental-health issues.

According to the school administrators, the incident with the teacher was the latest of a string of disruption caused by the child, who they believe is in need of professional help, because she is a danger to herself, teachers and classmates.

"This is not a bad child; this is a very loving child to her classmates and teachers. But she has some very serious issues. And these issues, when they act up, are disruptions for her and also for her classmates.

"We have reached the point where we simply can't deal with her anymore," said the principal, even as he declared that the school is willing to continue working with the child providing she gets the professional help she needs.

But he has no timeline for that to happen as the ministry has indicated that the 'shadow' will have to be identified and trained before being assigned to the child.

"As far as we understand, the process will take some time. But we have no control over how long they take to assign the shadow," he said.

"We will do anything that is within our domain, getting work for her, so she can participate, and so on. It is just that her physical presence here is a problem," said the principal.

He added that while the school, based in a gritty downtown Kingston community, has dealt with problem students in the past, this particular teenager is an exceptional case.

Officials of the education ministry have so far refused to comment on the case until an investigation is complete.