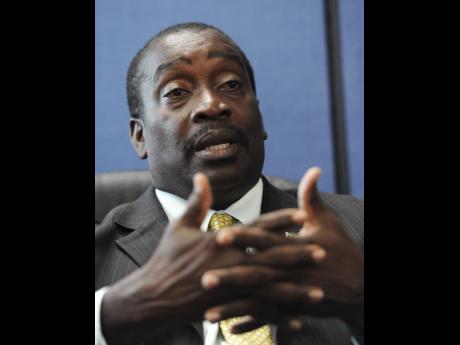 Using the proverbial saying that 'one hand can't clap,' Robert 'Bobby' Montague, Jamaica's national security minister, says he intends to forge a wide-ranging partnership with stakeholders in the sector, particularly ordinary Jamaicans, as he takes on the responsibility of driving policy to deal with one of the nation's most challenging issues - crime.

Little more than a week after taking charge of the tough national security portfolio, Montague said he had already spoken to some ordinary Jamaicans to get their thoughts, perceptions and ideas on what could be done to reduce the incidence of crime locally.

"With the partnership, I intend to drill down to the parishes where a series of parish consultations will take place to hear from the ordinary Jamaicans; not to go and give a big speech, but to hear from them," Montague highlighted his approach in a Gleaner interview.

The Andrew Holness-led administration won the February 25 general election on a promise to grow the Jamaican economy and bring prosperity to the people. Montague argued that the role of his ministry was central to the prosperity movement.

"Our ministry is vital and pivotal to the rest of the economy," Montague asserted, added that he intended to build partnerships with the parish councils - to help them enforce regulations; and with taxi operators so that they can move the hundreds of new persons who will be employed as a result of the work of the Ministry of Job Creation and Growth.

The national security minister said, he has full confidence in police commissioner Dr Carl Williams to carry out his job and pledged to provide the necessary resources and legislative framework to assist the force.

Since his appointment, Montague has also conducted a series of consultations with retired police officers, and representatives from civil society.

Meetings have also been held with the Police Federation, the Police Officers' Association, and representatives from other unions.

Montague was asked if he would continue the Unite for Change initiative introduced by his predecessor Peter Bunting. The new national security minister said, he already had discussions with Bunting on the movement which was launched in 2013.

Montague said he would build on the Unite for Change movement which introduces to every Jamaican, a specially designed mobile phone application (app) that can be freely accessed on smart phones to each person who registers to be part of the movement.

The ministry explains that the app offers each mobile user the opportunity to use either the iReport, Panic, The Law or Alert mode to report incidents of crime, seek assistance from the police or be informed about their rights.