The ‘Eves’ in spineless ‘Adams’ lives 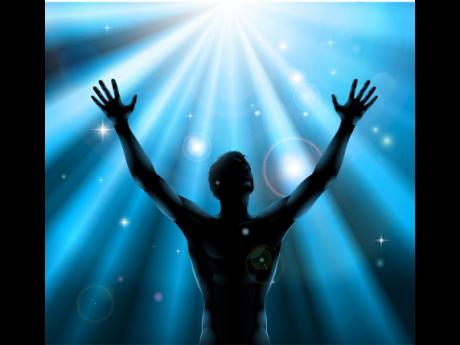 "Now therefore, listen to me, my children. Pay attention to the words of my mouth: Do not let your heart turn aside to her ways, do not stray into her paths. For she has cast down many wounded, and all who were slain by her were strong men." Proverbs 7:24-26.

t has been said that behind every successful man is a good woman, but it can be equally assumed that behind the fall of a good man is a manipulative and greedy woman.

Adam was destined to reign in paradise forever, which would have changed the course of mankind, until Eve allowed herself to give in to the tempter, and spineless Adam, who was blinded by love, disobeyed the ultimate command and hearkened to the voice of his wife.

Samson, credited with being the strongest man in the Bible, was as weak as a baby when it came to Delilah's manipulations and subtlety. What was worse was that he had proven multiple times that she could not be trusted with his secret, yet, like a lamb to the slaughter, he still gave it up.

Many men have seen their families destroyed, bank accounts emptied, and lives wrecked because of modern-day Eves and Delilahs.

Biblically, men were created to be the spiritual head of the households and to be leaders. Why then do women have so much power regarding their actions and common sense?

Is there any hope for men who continue to be pawns in some of these women's deadly games?

Family and Religion sought answers from Dr Edina Bayne, associate pastor and member of the American Association of Christian Counsellors.

"From the inception, the woman, adhering to wrong counsel, came to understand the power of desire. The manipulation began as soon as Eve got Adam to eat out of her hand. His desire for her was so strong that he allowed himself to be led by her. The roles were reversed. He was derelict in his duty. He abdicated his position of spiritual authority, leadership, and responsibility, and with it went his clarity of thought pertaining to the woman," she said.

According to Bayne, great leaders are usually alpha-male personalities - men who tend to assume a dominant or domineering role in social or professional situations.

"They, more often than not, have what they thought they wanted. Manipulation does not exist in a vacuum and it is not unique to women. And as long as individuals want what others have, the war will continue. Men need to stop using women as weapons of war, which eventually get turned on themselves," she said.

Elaborating on the two biblical characters, Bayne said that King Solomon married his wives as peace offerings to countries with which he was in turmoil, and as a result, ended up losing his kingdom. Delilah, for Samson, was his eye candy, and he ended up losing his eyes.

All is not lost, however, for the male of the species. Their way out is simply to seek an uncommon grace.

"They need to tell themselves that divorce is not an option, and get back in position. Not even the spirit of manipulation - to which man is exposed - is stronger than the spirit of man, the human spirit - simultaneously resilient and resistant," Bayne pointed out.

She urged men to resist the "honey-filled words and offers" and realise that if a woman seems too perfect to be real, then she probably is!

"She's most likely selling you bag of goods. Resist the tendency to be all heart and no head; your head is more than your eyes. Make sure that your head is engaged before you give your heart," said Bayne.

Many men marry expecting the woman to complete them and their worlds to be perfect, but, for Bayne, marriage does not make a woman a wife.

"Rather, wives get married. The Bible says that he that finds a wife - not a woman - finds a good thing. Remember that the woman to whom you are married may manipulate you, but your own wife will not. Most important, seek counsel from God, accept your answer, and resist the temptation to counsel God. But that's hard for the alpha male!" concludes Bayne.