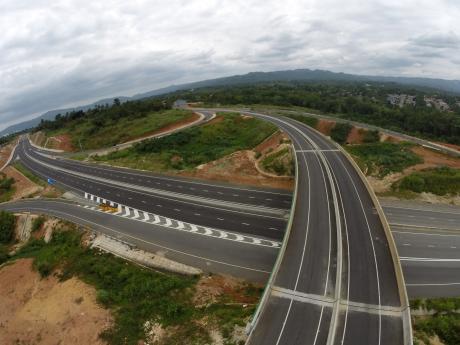 Gladstone Taylor Photo
An aerial view of sections of the North-South Highway.

Prime Minister Andrew Holness says the government has secured a 25 per cent cut in the toll rates for the North-South Highway.

However, the final rates have not yet been approved.

It is being proposed that drivers of Class One vehicles be charged a rate of $1,220 to go the full journey from Caymanas in St Catherine to Mammee Bay in St Ann.

However, the island’s truckers have already indicated they will not use the new highway at the proposed rates as it will end up costing them more than the traditional route through Bog Walk.

Taxi associations have also said the highway will not be economical at the proposed rate.

Meanwhile, Holness says the highway in itself will not guarantee economic development.

He says while it is a critical ingredient, the development will stem from spin-off investments.

Holness was speaking at the official opening of the highway this morning.