Stop lying! Pastor says spouses should be truthful to others 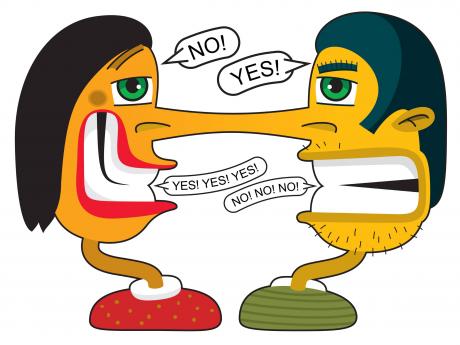 "I think I'm entitled to them!"

"You can't handle the truth!"

- Lines from the movie A Few Good Men

Who can forget that memorable scene in the movie A Few Good Men, with Tom Cruise and Jack Nicholson? Unfortunately, real life cannot be dismissed like the movies.

Truth is cleansing, but it can also come with negative repercussions. Some thriving marriages have been known to crumble when one partner gets 'too much information'.

How truthful should one be in marriage, and, as a Christian, should total honesty be practised at all times?

Family and Religion sought answers from Pastor Joan Gumbs of How Ya Livin' Now Deliverance Outreach Ministry, who said that from a Christian perspective, we are already taught not to engage in lying. She stressed that partners should be "very truthful".

"Colossians 3: 9,10 clearly states, 'Never lie to one another; because you have stripped away the old self, with its ways, and have put on the new self, which is continually being renewed in fuller and fuller knowledge, closer and closer to the image of its Creator'."

Gumbs said that marriage should be viewed as a holy institution.

Addressing the situation of women who had quite a number of lovers before marriage and who are dealing with a husband who did not know there were so many, she said, "The woman's past is her past.

"Any man who, in this day and age, still thinks he is getting a 'lily white' woman when he weds a non-virgin is very ignorant. Besides, men need to stop judging women. No one asks the man how many women he has been with before he marries a woman, but everyone wants to know how many men the woman has been with," she said. "If this is of such importance to the man, why didn't he ask before they got married?

"Jesus, Himself, told the adulteress: 'Neither do I condemn you. Go. But sin no more.' Clearly, Jesus is saying, 'Lady, your past is your past. I don't care about your past. What I care about is how you are living now and how you plan to live in the future'."

According to Gumbs, this expectation of men have of women is a double standard, and, as a result, it is keeping people back.

Using the Bible as an authority on Christian living, Gumbs said that checking Jesus' genealogy, would reveal harlots (prostitutes), which, for her, suggests that God is not too hung up on one's past.

There are those who believe in withholding pieces of information under the guise that it's not lying. Gumbs said that it is still a sin as there is the matter of sins of omission and sins of commission.

"To withhold the truth is to lie. You're either lying or you're not. Again, another non-issue when it comes to God's word. There is no such thing as a white lie or a half-truth. That is the work of the devil," she said.

Regarding sensitive issues in a marriage such as bad breath or not being sexually satisfied, the tendency is to try and spare one's partner's feelings by keeping up a pretence.

For Gumbs, one should treat his or her partner the way that one wants to be treated.

"First, put yourself in your partner's place. Would you not want to be told the truth?"

With the Bible as a guide, she said that there is a time for every intention under Heaven according to Ecclesiastes 3:1.

"That means we need to do things at the right time. The same thing goes for marriages. We need to know when to keep silent and when to speak. If you need to tell your husband or wife that his or her breath is not fresh, don't wait until you are having a disagreement then throw it in his or her face - and this happens more often than people will admit," she said.

Truth doesn't have to hurt or leave one feeling bad. If sensitively handled, then "a word at the right time, how good it is". Proverbs 15:23.