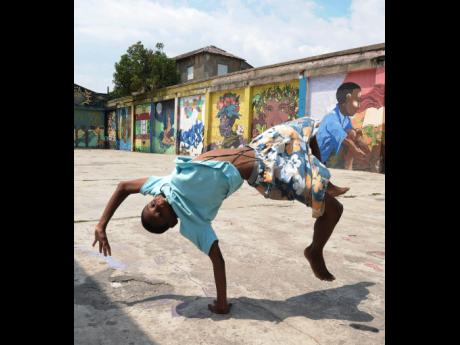 Gladstone Taylor
Shaquannie Leeshue at play inside the largest street art space in the Caribbean, on Fleet Street in central Kingston. 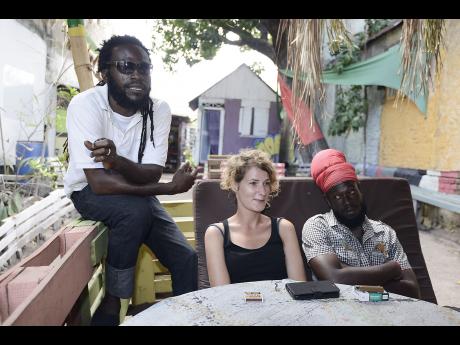 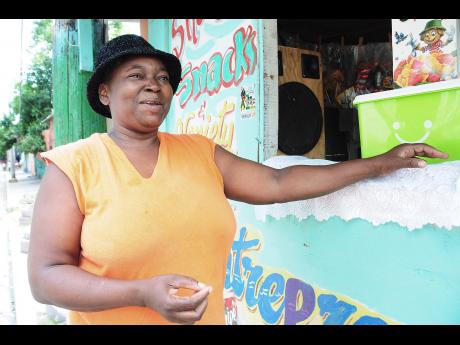 Gladstone Taylor
Lorraine Morgan, who has been living in Southside for more than 50 years, has welcomed the contribution from the mentors in Life City. 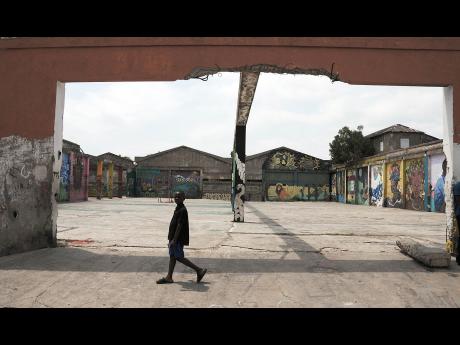 Gladstone Taylor
A young boy passes in front of the largest street art space in the Caribbean, on Fleet Street in central Kingston.
1
2
3
4

It started as an ambitious project to beautify a street in one of the toughest inner-city communities in the Corporate Area. However, the project has morphed into a life-changing, peacekeeping initiative for an area that has seen more than its fair share of bloodshed.

In July 2014, Paint Jamaica, a non-governmental entity, launched a project to transform the visual spaces of crime-torn communities through art.

Its first canvas was an open lot at 41 Fleet Street, in Parade Gardens, better known as 'Southside' in central Kingston.

For more than 50 years, the open lot had served primarily as a community dump, but Paint Jamaica was determined to change that.

What resulted was the largest street art space in the Caribbean, visited by more than 200 persons from 32 countries to date, and a fillip for residents who yearned for a glint of colour in an environment blotted by decades of dullness from gun violence.

Another spin-off was the creation of 'Life City', an Afrocentric community park on Fleet Street, which has been a godsend for several youngsters who might have turned to a life of crime.

"Really and truly, the community needed a little colour. And the colour really does enhance and give that positive vibration. Most of what you see over there on the wall is the kids' ideas. The artists asked the kids what they would like to see," said Corey Jackson, one of the mentors at Life City.

"So you will see a lion and a young man with a ball at his feet; that represents that we play ball in there (open lot). And you will see a next portrait of a girl and a boy painting a book with a tree at the top; that is our slogan for agriculture and education, which is what we have been pushing with the children in the community," added Jackson.

The approximately 27 mentors at the Life City headquarters, a cool and equally colourful spot across from the decorated open lot, take responsibility for preserving the art space, as well as tutor children from the community in farming.

In addition, the group has opened a vegan/vegetarian restaurant, which offers breakfast to disadvantaged children and elderly in the community.

They have also staged a series of movie nights featuring cartoons and popcorn, and have started teaching students how to make sandals and other footwear.

In collaboration with the National Art Gallery of Jamaica, the Life City mentors, many of who have adopted the Rastafarian religion, staged the community's first drumming workshop for children last year.

A number of the mentors are graduates of traditional high schools in the Corporate Area and command the respect of the youngsters and adults in the community.

"It's about wanting to see a change in the community. We youths still hold a vibe and try to come together, but you know, as youths grow and because of certain peer pressures we come under, we tend to do certain things," explained Ikuma Carr, a mentor and vegetarian chef at Life City.

"Over time, is just crime the youth them want to do. Is just war them follow, because them see it as the only way out. But we experience it. I personally experience it, and see that the outcome is ugly, and that is why we are trying to bring about a change for the younger youths dem," said Carr.

Their efforts are appreciated by residents who have welcomed the change in the sometimes volatile community.

"As much as me not into their Rasta thing, I am glad to see what they are doing in the community," said Lorraine Morgan, who has been living in Southside for more than 50 years.

"We think we are setting an example for Southside on Fleet Street. We as a people have to change our whole morals; our way of thinking has to change. If we don't try to change it, it will never change.

"The youths are following a pattern and it has nothing to do with Fleet Street but with the minds of the people," added Morgan.

She told our news team that while the community is still unpredictable with regard to crime, it is much more peaceful than in former years.

"War has been going on for years and Life City is the best thing right now for the community. They are bringing people from all over the world to Life City. And if outsiders can see it, why can't we insiders see it?" argued Troy Jackson, a resident of Fleet Street.

Wanda Bankowska, a native of Poland, has been on vacation in Jamaica for the past three months and she has decided that there is no better place than Fleet Street for her to visit.

"It's amazing! When people hear that I come to Jamaica and hear where I am, they think I am crazy. But it's like I am growing up again," said Bankowska, who spent much of last Wednesday with her feet propped up on a chair in Life City watching highlights of the recent ISSA/GraceKennedy Boys and Girls' Athletics Championships.