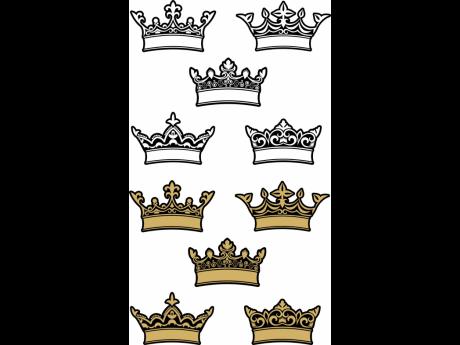 For scholars of African history and, indeed, the wider society, 2016 may go down as a significant year as far as Rastafarianism and the 'Back to Africa' movement are concerned.

Decades after Rastafarians in Jamaica began to espouse a return to the motherland of Africa, from where their ancestors were shipped to the Caribbean during the slave trade era, from the middle of the 15th century to the end of the 19th, the seed of a Rastafarian brethren has returned to the motherland in a royal capacity.

King Abdul Rasheed, now known as the Imperial Oluwo of the Iwo Kingdom in Nigeria, after his ascendancy on November 10, 2015, had met the 32-year-old woman in Canada, where he resided before his ascension.

Bobo Zaro is known for songs such as the hit single Pain, a collaboration with Contractor and Capleton, the video of which has been seen by millions of viewers in Africa via Channel O in South Africa and the Sporah TV show via SkyTV.

Queen Chanel told The Gleaner that she is very honoured to represent Jamaica in such a big way.

She said: "My ancestors were taken away as slaves, but I have returned to Africa as a queen. One's destiny cannot be altered. As a young child, I always wanted to come to Africa, but didn't know how. I feel this is a great opportunity for black people worldwide to return to their home."

Indeed, in a Facebook post, Emmanuel Mathias, in support of the queen, declared: "Destiny is powerful, her ancestor was taken away as slave, but she return back home as queen. Let us embrace her and tell her you are welcome back home. This is one giant step towards bringing back home our descendants that great fathers and mothers were casted away."

The queen added: "Our forefathers and ancestral mothers were cast away as slaves to never return, but I want Jamaicans everywhere to know that Africa is so nice. The culture and traditions are so rich and lovely. It's truly something every black person should come and experience."

Chanel explained that as queen of Iwo land, her responsibility is to always set a proper example for young girls and women in the community.

Giving an insight into traditions and customs, she said her dressing and outfits are to always be conservative and respectful.

"No matter what I wear, my shoulders and full legs must be covered at all times. All of my clothes are custom made to match these requirements. Also, as queen, the king and I like to regularly visit the local schools in the community to remind the children of the importance of education and excelling in all areas of their school work and examinations."

The queen said her husband is the first king to actually take the time to visit the children.

"We believe they are the future," she remarked.

In her esteemed position as a Nigerian queen, she said she faces only minor challenges one of which is her being not fluent in the native language which is Yoruba.

"I know some words. Everyday, I am still learning. Another challenge is that the food is quite different from our mouth- watering Jamaican dishes."

The two met in Canada long before the Imperial Oluwo became king.