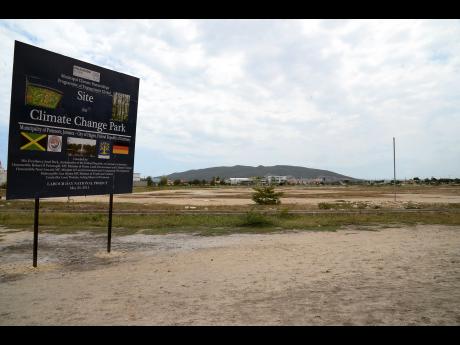 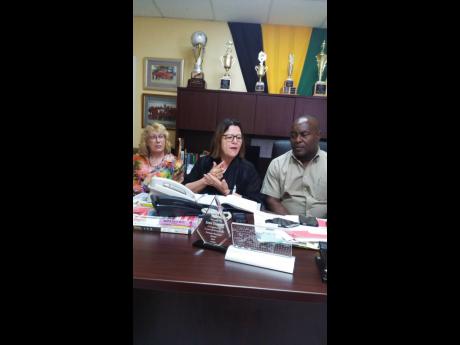 Less than a week after The Sunday Gleaner turned the spotlight on the dust bowl that should be the long-promised Climate Change Park in Portmore, St Catherine, word has come that work is to begin in earnest by the end of this month.

Acting mayor for Portmore, Leon Thomas, told The Sunday Gleaner that all the logistics are in place except for the green light from the National Environment and Planning Agency (NEPA) - the state body responsible for approving the environmental plan for the site.

"We are expecting the approval in short order. We have completed both the site plan and the business plan," said Thomas last week, as he hosted a visiting delegation from the city of Hagen in Germany.

The deputy mayor of that city, Margarita Kaufmann, headed the delegation.

"By the end of April, you will see some activity taking place in regard to construction of buildings and so on. Partnering with the Germans, we are committed to the establishment of this Climate Change Park, we are fully conscious of the need to protect the environment," declared Thomas.

"Even with the change in the political directorate, the commitment by the former administration to match the quarter million euros (in excess of J$33 million) from the German Government will not be affected, since the new prime minister has indicated that protecting the environment is a priority of his administration," added Thomas.

Responding to complaints from residents of Passagefort that the dust from the proposed Climate Change Park was making their lives a nightmare, Thomas said this is being addressed.

"The Municipal Council deeply regrets the discomfort caused by the dust to residents. I am assuring them that this will be corrected soon."

In the meantime, Kaufmann, who is second in command of Hagen, which is twinned with Portmore, told The Sunday Gleaner that the support of the German people for the project is undaunted.

"This is a partnership with the people of Portmore and the city of Hagen," said Kaufmann.

"We are pleased with the progress made by the Municipal Council to make this project a reality. Our commitment of €250 thousand towards the project is to ensure its realisation," added Kaufmann.

She noted that Hagen and Portmore are also cooperating in the areas of recycling and solar energy.

Among the features planned for the 15-acre lot slated to house the Climate Change Park are an amphitheatre, fresh water pond, a multi-storey climate observation tower, wind turbines, a walking trail, gazebos, a secured area for small animals indigenous to Portmore, concessionary stands, and solar panels to generate electricity.