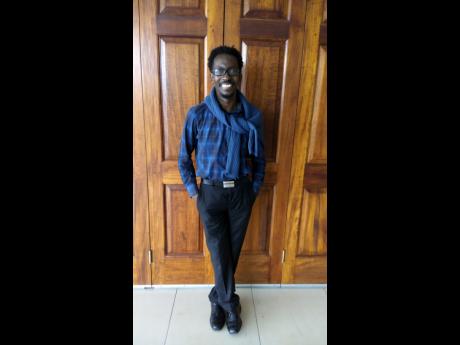 Some religious communities have come to accept a particular dress code for ministers of religion, and any pattern of attire or adornment which deviates from the accepted norm is usually viewed as inappropriate or, in extreme cases, sinful.

There are also religious denominations that have strict rules on how their members should be attired, and insist that they do not indulge in what is characterised as worldly.

Others are critical of these denominations, often accusing them of practising legalism in the religious context.

Thirty-six-year-old Damian Williams, a graduate of the Jamaica Theological Seminary, who is currently the assistant pastor at the Ekklesia Bible Fellowship Church on Hope Road in St Andrew, is of the view that he is called by God to be different.

Family and Religion caught up with the young minister while he was implementing a disaster-preparedness project in the Portmore communities of Naggo Head, Gregory Park and Newlands.

"I grew up in [the] church, but I had no desire to become a minister. For one, I don't look the part. I have pierced ears, I grew my hair, had locks at one point," said Williams, who has been ministering for the last four years. I don't fit the stereotypical aesthetic of a minister of religion.

"I wanted to be an attorney, but I always liked church and the things of God. What got me to this place is something I called divine conspiracy."

Williams, who was born in Grenada, said he ended up here after representatives of the Jamaica Theological Seminary were in Grenada promoting the institution.

"I applied to the college in jest because I already had a career. I was a teacher, and lo and behold, I got a call, saying I was accepted," he told Family and Religion.

"Faith led me here, but I find that, sometimes, when we do something in faith, we think it must work. There were many struggles, many pitfalls. I left the security of a home and came to Jamaica with zero dollars. At one point, I had nowhere to live," he shared.

Williams disclosed that despite all this, somewhere in his heart, there was a conviction.

"These hardships that I experienced, having walked in faith, have helped me to relate to the hardships of life and to be a better minister to those who God has called me to be His servant for."

Williams said there is no prescribed appearance for one who preaches the gospel. Referring to the story of Jesus when he was betrayed by Judas, he declared that Jesus could not be recognised.

"For the Roman soldiers to identify Jesus, Judas had to tell them that the One he kissed is Jesus. King David was the same way - could not be recognised as a king because he had no comeliness to him.

"What makes a minister a minister is his heart. Man looks at the outward appearance, but God looks at the heart," he said, claiming that he has suffered discrimination because of his appearance. "I am convinced that a minister has nothing to do with a look."

"I endeavour at all times to ensure that my heart is in the right place, and to be a true minister or servant for the people God called me to lead, and not a mini-star," he stated with a broad smile.

The minister of the gospel admitted that there are times when he would do the stereotypical thing and dress like the other ministers when he is invited to other churches.

"These times, I would remove my earring and pat down my hair to suit the occasion," he stated.

"I believe in the specific call that God has on my life and that He had made me the way I am. It is no effort of mine to try to be someone different." Williams said.