Attorney General to meet with lawyers on court case delays 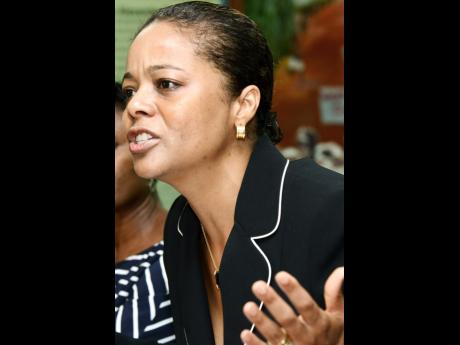 Attorney General Marlene Malahoo Forte has expressed a desire to meet with representatives of the Jamaican Bar Association and the Advocates Association of Jamaica to address the long-standing issue of the slow pace at which justice is delivered in the local court system.

"As attorney general, I take a very keen interest in the constitutionality of delay (of court matters) and the rights and economic implications that flow from there," said Malahoo Forte, in an interview with The Gleaner recently. "I am also keeping in sharp focus the ethical standards of attorneys-at-law.

"I will be meeting with my colleagues at the bar in short order, beginning with the leadership of the bar association and advocacy association, and I am confident that we can minimise the delay (of court case resolution)," added Malahoo Forte, in speaking to complaints by members of the public about the slow pace of justice in the courts.

Malahoo Forte also noted that multiple stakeholders, in the interest of justice, will have to play their part to rectify the situation.

HANG IN THE BALANCE

"Delay in our courts is not just a matter of perception, it is a reality. Many people are waiting for their cases to be tried, and for some, their lives hang in the balance while they wait," said Malahoo Forte, who is also a former magistrate. "Some use various delay tactics and manipulate the systematic weaknesses to their advantage and to the frustration of others.

"No one party is responsible for the problem of delay, and no one party can adequately address the problem," argued Malahoo Forte. "Everyone will have to work together and exercise the appropriate leadership in their arena. The ministries of justice and national security must collaborate, in a new way, with bench and bar, on the legislative and administrative barriers to trials being held within a reasonable time."

In January, the Committal Proceedings Act of 2013 was activated to abolish the preliminary enquiry system, in an effort to reduce the amount of time cases remain before the courts.

One result of the passage of the Act is that the prosecution in serious cases such as murder and sexual offences no longer needs to present the evidence of the prosecution's witnesses and have them cross-examined by the accused just to determine if the case in question can be tried in the Circuit Court.