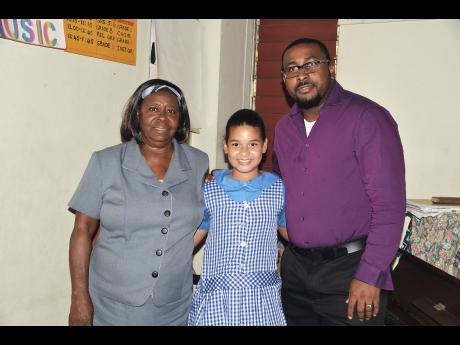 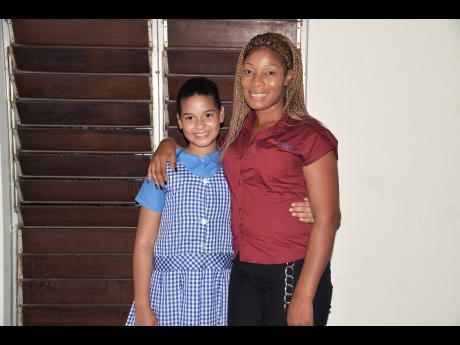 If you watched the Shaggy and Friends show in January, you might remember Simona Saure, the grade six student of Obistan Kinder Preparatory School who captured the hearts of the audience with her performance of The Greatest Love of All.

But her story also tugged at everyone's heartstrings. At age two, Simona and her mother, Lola Bailey, were in a serious car accident. Simona needed close to 10 surgeries to fix her body. But her voice has forced the world to take note, and recently, she added a Jamaica Cultural Development Commission (JCDC) gold medal to her burgeoning list of accolades. This has brought smiles to her teachers and schoolmates at Obistan Prep.

Principal Dr Clementina Williams said the school always competes in the JCDC Festival and has its fair share of trophies to show. This year, they entered seven pieces in music and dance, with Simona's golden performance the top of the pile.

Simona is now very much the big girl on campus; even grade one students know her by name. Not that she craves the attention. She's a regular student who enjoys mathema-tics, language and spelling the most.

"She is an A student. I have found her to be quiet, although at times she can be demanding," Dr Williams laughed. "Sometimes she tends to want to be shy."

She noted that they prayed for her before her JCDC performance and prophesied that she would bring home the gold.

Shy and soft-spoken, Simona says she started competing in grade four. This year, she performed Many Rivers to Cross, now her favourite song. She first sang it at the popular JoJo's Jerk Pit and More karaoke night.

"She didn't want to do it," said her mother. "I encouraged her to practise that song. She went and she did excellently."

Fame came quickly. That performance led to local television and owner of JoJo's, Anna Chin, taking a major interest in Simona, sponsoring her to perform at a show in Miami. This got the full attention of internationally proclaimed Caribbean saxophonist Arturo Tappin.

Since then, Simona has shared the stage with him at various music festivals, but with all that, she still gets nervous before performing.

"It's just natural, I guess," said Simona. "During the first part of it (a performance), I feel nervous, then it just goes away."

When asked where her talent comes from, she points to her mother, who was a solo gospel artist. Simona's music teacher Shawn Rhoden, told The Gleaner that the little songbird's range is right up there with superstars like Mariah Carey, and she is very easy to work with.

"She's different from most children ... . She's a jovial person who likes to make fun, but she's good at her craft," he said. "Whenever you give her something, more than the average child, she will lock on to it a lot easier, and I've discovered that not just vocally, but with instruments."

Simona's current single, Love and Harmony, was written by her mother when she was two, but for now, Simona is awaiting GSAT results and she hopes to go to Immaculate. Besides a singing career, she would like to be an orthopaedic surgeon.