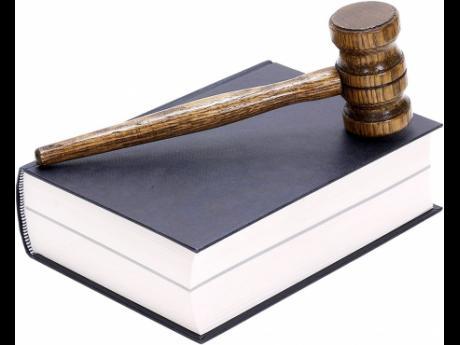 The recent release of a prisoner who was detained at the Court’s pleasure for more than 20 years because he was a juvenile when he and two men murdered three persons in 1993 has highlighted the need for a system to be put in place for such cases to be reviewed periodically.

Under the Civil Procedure Rules the onus is on the detainees to take steps to bring their cases to the Supreme Court to seek their freedom.

But the man who was convicted with him for the triple murder was paroled before him because he was given a specific sentence.

Justice Leighton Pusey who heard the application said if Gordon were an adult offender he would be able to apply for parole after 20 years.

The judge then ordered that Gordon be released on parole for four years and on successful termination of his parole he must be released unconditionally.

Attorney-at-law Aon Stewart, who represented Gordon at the hearing for his release, says the Department of Correctional Services needs to have a system in place that brings these cases to the attention of the court.

Stewart says detainees could easily get lost in the system if they do not have someone to assist them.

He says it was Gordon’s parents who came to his office seeking assistance for his release.

Sydney Gordon says his son is happy to be home and was welcomed by his friends and family members.

He says he now has his life back because it had been on hold for the 23 years his son was incarcerated.

At Age 17, Gordon was charged jointly with Dwight Fletcher and Edwy Watson for the murder of Rajhni Williams, Georgia Shaw and Racquel Fearon.

On October 23, 1993 the three were abducted from a dance in Lionel Town, Clarendon and taken to Gutters in Manchester where they were fatally shot.

Gordon was arrested in 1993 for the triple murder and was convicted in 1997.