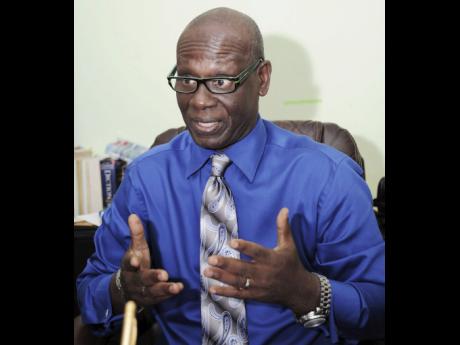 If the Government stays true to its pre-election manifesto promise, the National Solid Waste Management Authority (NSWMA) will be restored to its original core mandate, which, at its inception, was to function as a regulatory body of garbage collection.

Speaking at a town hall meeting at the Montego Bay Cultural Centre in St James, last Thursday, local government and community development minister, Desmond McKenzie, said plans are in place to separate the NSWMA from the day-to-day operational responsibilities of garbage collection.

"I've already had discussions with the chairman, Dennis Chung, and I've said to him that is going to be one of the areas that the new board must look at," said McKenzie

"We don't have to establish a new system. The system is there. What we are going to be doing is to take NSWMA out of the business of collecting garbage for the agency to regulate," said McKenzie.

Colonel Daniel Pryce, who heads NSWMA, raised concerns about the agency's limited resources and inadequate number of garbage units, many of which he said are operating on a 24/7 cycle.

The Gleaner subsequently learnt from a well-placed source that the NSWMA's potential capacity for garbage trucks is close to 230 units, but the agency is nowhere near that number.

McKenzie noted that the previous administration tried to secure 17 trucks, but had failed due to paper work technicalities. It is being sorted out and will become a reality in short order.

"In this year's budget, there is an additional $250 million that has been provided to purchase 17 more trucks. That will still not give the agency what is required but, at least, there will be more units in the system that will help to give you (the citizens) better service," explained McKenzie.

Prime Minister Andrew Holness recently established a National Task Force spearheaded by the Ministry of Local Government and Community Development, to address cleanliness across the island, particularly in light of the imminent threat of an outbreak of the Zika virus.

This task force, an inter-ministerial one with a multi-agency approach, will operationalise this initiative through an islandwide National Clean-Up Programme across 14 parishes.

The minister and his team performed clean-up activities at Railway Lane as well as at the Anchovy Primary School and Bickersteth Primary and Infant School.