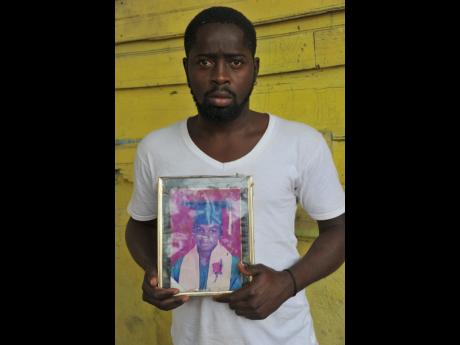 Norman Grindley
Jeff Grant, holds a youthful photograph of his nephew, Odane Bennett, who was shot and killed by the police in a bus on Olympic Way in Waterhouse, St Andrew. 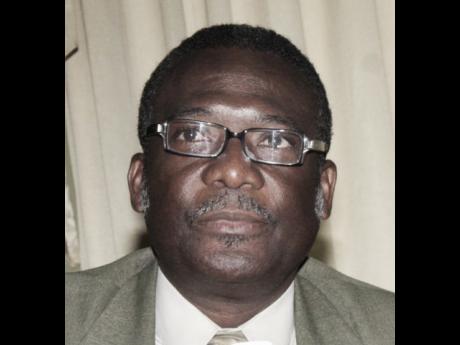 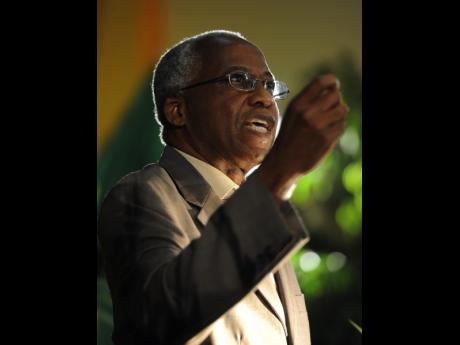 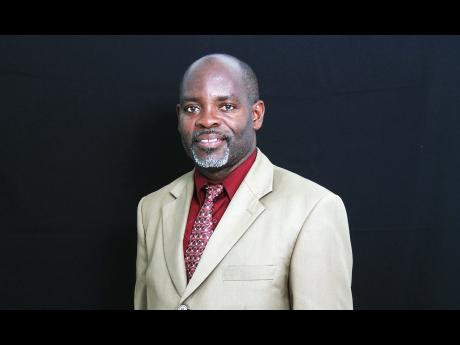 Reports that a mentally ill man was being housed in a church while its members carried out a seven-day ritual to rid him of demons have caused discontent among some religious leaders who, last week, urged colleagues to be mindful of their abilities and their limits.

Twenty-one-year-old Odane Bennett was shot dead on Olympic Way in Kingston last Wednesday, after he reportedly snatched a policeman's M16 assault rifle before running into a public-passenger vehicle.

According to Bennett's family, he started acting strangely about a month ago and, after losing faith in diagnoses offered by three hospitals, they became convinced he was demon possessed.

They suspended his treatment and opted instead to take him on a seven-day ritual that promised to free him of evil spirits.

Bennett was restricted to the church compound for five days. On the fifth day, he was baptised and, on the sixth morning, he left the church and headed towards his demise.

He was shot multiple times by the policemen who reported that he raised the weapon, posing a threat to them and the safety of passengers on the bus.

"Mental illness and demonic possession are two separate things, and one ought to be very careful," said Reverend Conrad Pitkin, president of the Jamaica Association of Full Gospel Churches.

"We are not doctors. Some of us are trained psychologists and counsellors, but we must know our limits and be ready to make referrals to those who are more competent."

He noted that, while symptoms might sometimes be similar to demonic possession, it is "through your investigation that you will be able to differentiate and make referrals when it is beyond your limit".

Reverend Lenworth Anglin, former executive director of the Church of God in Jamaica, citing biblical stories to support his claim said he believed that, generally speaking, demonic possession is real.

"If you want me to go into a sermon on that I can," he offered.

Anglin said it was up to church officials to discern between persons who are possessed by demons and those who are suffering from mental illness.

He said, however, that not all churchmen are able to do so.

"I can't speak for other churches, but many of us are biblically balanced enough to know the distinction between the two. When one operates on a spiritual level you will know demons," said Anglin. "You are getting into a realm that will always be difficult for some persons to understand. But God gives the gift to persons who can discern."

Last week, Bennett's relatives spoke mournfully as they detailed the loving, caring person he was. They said he started "acting crazy" weeks after losing his job, and that his mother's death three years ago bothered him at times.

Still, Bennett's relatives are not ruling out speculation that someone might have cast an 'obeah' spell on him.

"I believe that there is a point at which leadership should know where their accountability ends. Mental illness is much different from spiritual matters," said Pastor Wesley Boynes, Adventist and senior elder at the Northgate Centre for Global Impact.

"Even though church leaders may have the faith for divine intervention in a situation, it will be wise for them to still allow the medical professionals to be involved, especially when they may have options that can assist in the situation," said Boynes.

"It is the same God that we pray to who gives doctors the wisdom and competence to help people. As a pastor, I thought it was responsible and necessary and I have over the years developed a very good working relationship with a network of medical professionals in the island. They know when to call me in and I know when to call them in. Nothing is wrong with this approach," he said.