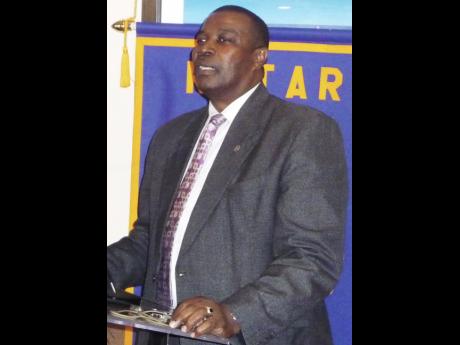 Days after the top United States diplomat in Jamaica, Ambassador Luis G. Moreno, gave the country kudos for its efforts to fight human trafficking, the cop leading that fight has vowed that there will be no let-up.

Assistant Commissioner of Police Devon Watkiss told The Sunday Gleaner that the force is waging war on human traffickers, and his team is making every effort to stop human trafficking in the island.

"We are not going to tolerate the exploitation of our youth and the vulnerable in the society," said Watkiss, who heads the police Counter-Terrorism and Organised Crime Branch (C-TOC).

Watkiss was responding to the recent conviction of a woman who forced a 12-year-old girl into a life of prostitution.

He said the actions of the woman sent a bad signal in a modern society and urged other Jamaicans not to become involved in any similar action.

According to Watkiss, he was satisfied with the outcome of the case as the woman was convicted and sentenced to 15 years' imprisonment for human trafficking.

He said this should be a signal to others like-minded that such actions would not be tolerated.

Watkiss told our news team that Jamaicans should be more aware of trafficking in persons now based on programmes put on by the National Task Force on Human Trafficking along with members of C-TOC.

"We continue to participate in regional set-up to enhance the capacity and ability to conduct more comprehensive investigations to provide the prosecutorial authority with a better platform to progress in relation to such cases," said Watkiss, as he noted that one focus now is to educate members of the public, especially those who are vulnerable, on the dangers of human trafficking.

For the last two years, Jamaica has been on the Tier 2 watch list in the United States annual report on human trafficking.

A third year on Tier 2 would see Jamaica automatically relegated to Tier 3, which could impact the island's access to funding as the countries deemed not fully compliant with efforts to prevent trafficking can be banned from some financial programmes.

At Tier 2, the US is saying Jamaica does not comply with the minimum standards for the elimination of trafficking; however, it is making significant efforts to do so.

Director of Public Prosecutions Paula Llewellyn has already indicated that there are eight other human-trafficking cases on the court list, and given the sensitivity of these matters, special training was given to her staff to assist them to prosecute them.

Llewellyn's comments came after 32-year-old shopkeeper Nadine Pitt, 32, of Lawrence Tavern, St Andrew, was convicted of two counts of trafficking in persons, two counts of cruelty to a child, and two counts of living off the earnings of prostitution.

She was the second person to have been convicted since the Trafficking in Persons Act was amended in 2013 to pave the way for victims of human trafficking to be compensated.

Pitt was charged in 2009 but the case dragged on in the court for various reasons. She pleaded guilty in 2014 to the lesser offences of cruelty to a child and living off the earnings of prosecution.

The complainant, who is now 22 years old and the mother of three children, testified in court that she left her home in the hills of St Andrew in 2005 when she was 12 years old to live with Pitt.

She said Pitt would take her to clubs, bars and parties, give her alcohol to drink and marijuana to smoke, before pimping her out to men.

Pitt collected and kept half of what she was paid for her sexual services.

The matter came to light in 2007 when the complainant, then 14 years old and pregnant, called that police to report a dispute with her then boyfriend. A subsequent probe by the police led them to Pitt, who was arrested and charged.