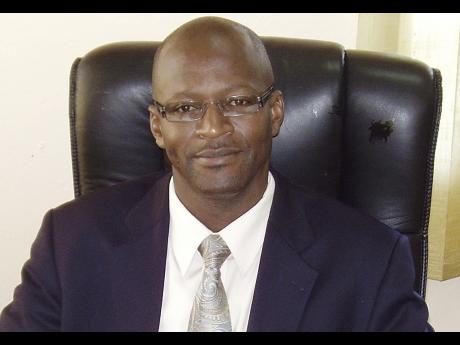 While agreeing that secondary education should be funded by the Government, the Jamaica Association of Principals of Secondary Schools (JAPSS) believes the proposed policy, as articulated by Education Minister Ruel Reid, lacks clarity, is not sufficiently grounded in research, and seemingly ignores the prevailing economic realities.

"We will hope that good sense would prevail and the partnership that we had with the parents would be made to continue," said David Wilson, the president of JAPSS, while addressing a press conference in Montego Bay yesterday.

According to Linval Wright, JAPSS's public relations officer, the Government's pronouncement could serve as a turn-off for parents, who were formerly willing partners with the schools' initiatives to support their children's education.

"Many parents, having heard the pronouncement of the honourable minister, may no longer feel obliged to partner with the schools in funding their children's education," said Wright.

"The minister's suggestion of replacing auxiliary fees with a 'contribution' may lead to parents seeing their support as unnecessary and choose to withdraw it."

"This is unfortunate, given the strides we have made over the years in nurturing a culture of collaboration with parents/guardians. Therefore, we view the Government's proposal to abolish/eliminate auxiliary fees as a serious threat to the provision of quality education," said Wright.

In highlighting his concerns about the policy, Wright asked the several questions, which he argued require urgent answers to bring clarity to JAPSS's primary concerns.

- What figure does the Government estimate as the true economic cost for providing quality secondary education for each Jamaican child?

- How will the shortfall between last year's Budget and this year's Budget be addressed if the no-auxiliary-fee policy takes effect in September 2016?

- If there is a significant reduction in funding from parents, what firm commitments can the Government give to cover the shortfall in the long term?

- In what time frame can we expect a coherent policy?

- How are schools expected to craft a budget on a policy that has not yet been finalised?

Wright is also questioning the level of due diligence done by the education minister as, according to him, the information that was used to guide the proposed policy only came from one region - Region Three.

"What it seems happened is that information was extrapolated for the whole Jamaica, and as far as we see it, that cannot be the way to do it."

Additionally, Wilson said the principals and his group were only made aware of the decision through the media, and he was subsequently summoned to the office of the Ministry of Education in his capacity as president of JAPSS and informed of this.

JAPSS has warned that if the policy should go ahead several sectors of the educational process will be negatively affected.

The group said some of the areas to be impacted would include technology, maintenance of the school plant and the creation of an ideal environment for learning.

"All of the other things that we offer our students in the school really do come from our parents, from the alumni, from corporate partners and the numerous initiatives we have in our schools," said Nadine Malloy, a former president of JAPSS.

"The government subvention really covers a small fraction of what we do."

According to the secretariat of JAPSS, which represent 167 schools, they collect an average auxiliary fee of $14,000 each year with a 74 per cent compliance rate. This figure differs from that of the Ministry of Education, which gives the compliance rate as below 50 per cent across the board.