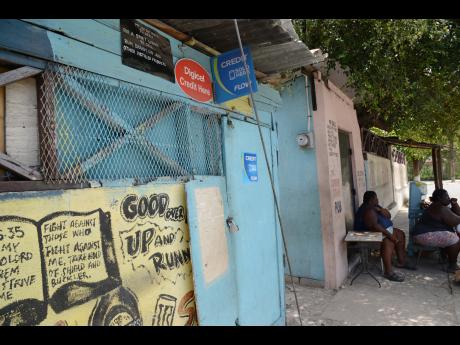 Rudolph Brown
The shop on James Street in Central Kingston where Clement 'Country' Lee, was killed by men who were searching for his teenage son. 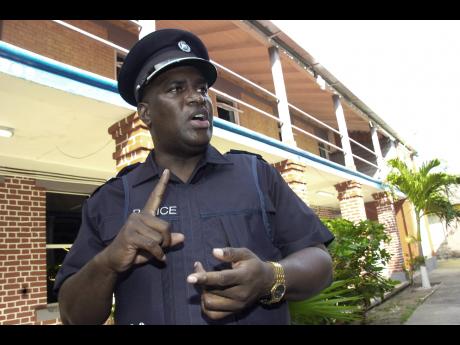 Norman Grindley
Steve McGregor: If they can’t find you, they are going come after your family.
1
2

The list is already very long and growing, innocent Jamaicans murdered only because they are related, or just linked to the enemies who criminals are unable to catch.

That is the theory behind the recent murder of 40-year-old Clement Lee, fondly called 'Country', of James Street in Central Kingston.

He is just another victim in what police investigators call a culture of 'you can't ketch Kwako, you ketch him shut' killings across the island, where gunmen turn their guns on anyone related to their enemies.

According to police sources, men who were after Country's teenage son murdered him as he sat behind his shop counter.

The police say Country's son became a target after February's murder of Orrin Thompson, another resident of the community.

They say at Thompson's wake, the teenager was asked to fetch a plate of food for Owen D'Aguilar, also called 'Spenco', who is believed to have been involved in his killing.

Thompson's relatives and friends felt disrespected by the request and days later D'Aguilar was gunned down. With threats issued against his son, Country moved the boy out of the area.

Angry that they could not catch the son, the criminals turned their guns on the father. Since then, other members of Country's family have fled the area, knowing that they could be the next targets of the gunmen.

And, based on statistics, they did the right thing.

Police estimate that at least 70 per cent of the murders committed in Jamaica are gang-related, and many of them are reprisals by gunmen seeking to avenge previous wrongs.

"Almost 50 per cent of our murders are reprisals. Some of them come directly out of the lottery scamming here in St James," said Senior Superintendent Steve McGregor, head of the St James Police Division, where investigators suspect 49-year-old Yvette McLean and her 12-year-old son Devontae Haughton might have been killed in Tucker by men seeking revenge last Wednesday.

"Sometimes, the criminals arrange to send down money from foreign, and somebody collects the money and uses it and don't hand it over. If they can't find you they are going come after your family," said McGregor.

"When they have problems with each other, they don't go after the gunman, they will go after softer targets, mothers, sisters, aunties, girlfriends, and the whole family sometimes. So this argument about 'can't ketch Kwako, you ketch him shut', it happens in truth," added McGregor.

The senior cop, who once headed the gritty Kingston Western Police Division, said that, in some instances, entire families have had to pack up and leave because their relatives had been implicated in shootings.

"In Kingston West, the culture of the place is that they are so used to it that as soon as a gang member gets killed and it is known who did the shooting, the fear of reprisal is so great that the family members of the shooter will move out ... even before we can even go to question them," said Chambers.

"Klansman and One Order (gangs) in Spanish Town have a concept that they say tit for tat," continued Chambers, referencing his time in St Catherine, the stamping ground for two of the deadliest gangs in Jamaica.

"To them, it is a sister for a sister, an uncle for an uncle, a mommy for a mommy. They have a talk on the road where they say 'chicken back for chicken back and steak for steak," added Chambers.

"You have scenarios where a man is living in Jamaica and he has a son living in America. That son may be involved in crimes ... and then runs to another state where he cannot be found. The aggrieved person in that country just calls somebody out here and his father in Jamaica is killed," said Campbell.

In the meantime, Dr Herbert Gayle, social violence anthropologist and senior lecturer at the University of the West Indies, said that before the cops can deal with the reprisal killings they must make some important clarifications.

"You have to understand the difference between a vendetta and a feud. In a vendetta situation, if somebody wrongs me I do not seek help. I go alone and attack that person," said Gayle.

"In a feud situation, I call a group - sometimes a gang - and we go and make war with the family or the community.

"In some cultures, there are a lot of vendettas. In ours, we have a lot of feuds. Feuds are longer and they produce far more deaths," said Gayle.

He noted that some local feuds go as far back as the 1970s.