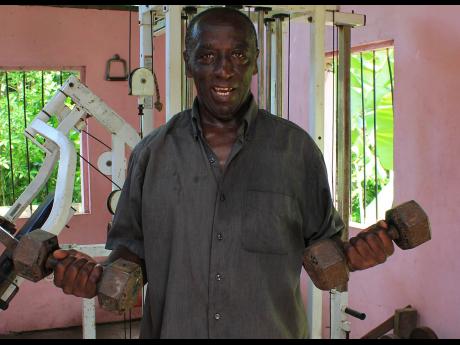 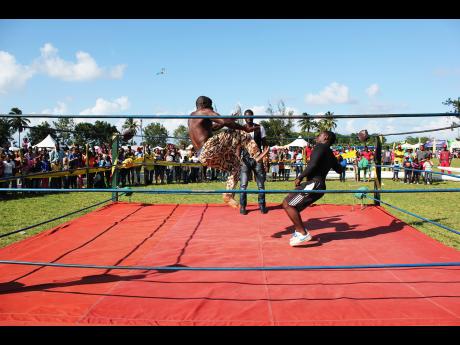 Over the past three years, professional wrestler Robert Smellie has utilised his knowledge of health and fitness to launch a gym and sports company, which have reportedly helped to reduce violent crime and refocus the energies of jobless and unskilled young men in his community of Scott's Hall, St Mary.

While Smellie is happy to know the gym has improved the well-being of the local residents, he is most proud of the brand he launched in 2012 - Caribbean Wrestling Entertainment (CWE) - which promotes peace in communities by creating an alternative path for young adults facing social exclusion.

Smellie, who wrestles under the name 'Bobby Wales', and has battled with legends such as Kevin Sullivan, Lex Lugar, and The Sheepherders, told Rural Xpress: "I lived in the US for 39 years and spent 30 years wrestling, but decided to return to Jamaica to give something back to my community and country.

"Right now, we have around 10 guys in their early 20s, between St Mary and Portland, that we train and use on a regular basis. Wrestling helps teach them about self-respect and self-discipline, so they learn how to work together and work out their differences.

"It's really helped to cut down a lot of the crime that was going on in this and the neighbouring communities such as School Hill and Gibbs Hill, where most of the people who use the gym come from," he said.

"The wrestling has made a huge difference in terms of giving young people employment options because, here in the countryside, there is hardly any work, so this kinda opens up a window of opportunity for them to see the possibility of a good future.

"It's been really good for the community and gives the guys a chance to go out and see and appreciate Jamaica a little bit more because a lot of times, they don't know what their country has to offer."

Smellie noted the establishment of the gym proved to be a bonus. "A lot of people, especially the women, come out to use it," he explained. "They come over and work out to try and get rid of their bellies and gain some butt," he chuckled. "But the gym has been a real asset because it gives the people an escape. Before, they didn't even walk, let alone exercise; but now it's almost like the community has been energised, which is good."

Smellie has arranged for a host of American fighters to travel to Jamaica for two shows in July, and hopes to use the profits to purchase a vehicle to help transport his promotions all over the country.

He said: "The next step is for us to purchase a truck. That would make us mobile and really advance the industry because we could go to a lot more communities, and open more doors."

Look out for CWE events taking place on June 4 at Lynch Park in Buff Bay, Portland; July 2 at The Turf in Standpipe, Kingston; and July 3 at Gray's Inn Sports Complex in Annotto Bay, St Mary. For more information, visit https://jamaicawrestling.wordpress.com/ or call 356 1270.