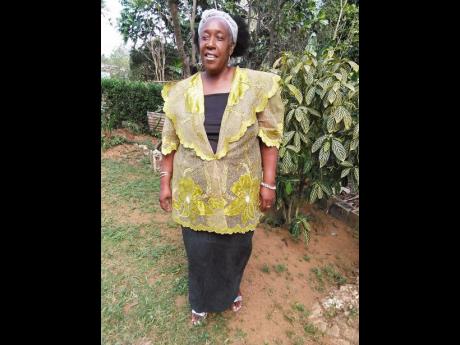 It has been 11 years since Kay Rowe lost her 18-year-old daughter tragically to a careless driver. The years have not dulled the pain.

She has embraced Christ as her Lord and Saviour, which brings comfort when memories and the 'what ifs' haunt her.

April 14 is forever etched in Rowe's memory as it was the day she got the terrible news that her daughter, Saudia Donna-Lee Letts, had been killed in a car accident in Florida, reportedly by a distracted driver.

"Witnesses say he was driving and looking down at something in his car when the accident occurred. My daughter was on her way home from school in West Palm Beach," she said.

Rowe admitted that there are some days when anger still threatens to overwhelm her, especially thinking that the driver's carelessness took away her child who had so many unfulfilled dreams, while he is still around.

"I don't have my baby and it is killing me. It's tearing the life out of me right now. I feel like I can't breathe!" she said.

Had her daughter died because of some sort of sickness, she said she could have accepted it. She said she would have at least got a chance to make peace.

Rowe recalled that on the tragic day, she was at the Mandeville Hospital taking care of her cousin who had just come out of breast cancer surgery. There, she got the phone call from a policeman.

"I collapsed and basically lost my mind. I am still angry. I'm still hurting. I still cry all the time. Whenever the date of her death comes around, it's like it has happened all over again. I also struggle on her birthday," said Rowe.

She described her daughter as one who was always full of life, loving, mischievous, kind, caring and brilliant.

"She got 11 scholarships, including one from Harvard University. Had she lived to graduate, she would have been the valedictorian."

Rowe's voice cracked as she tried to force back the tears. She said her daughter used to enjoy dancing with her and "loved her without end".

"She made me know what it felt like to have someone truly love me."

For Rowe, one thing keeps her going, and it is an article her daughter had written for her workplace.

It was about the leader she admired the most.

"I was the person she wrote about, and sometimes when I feel like I can't go on, I read it and it strengthens me. The hope of the resurrection also keeps me going. There are no words you can say to anyone who has lost a loved one that can comfort them. The only thing I can say is that here is the hope of the resurrection, where you will be able to see your loved one again," said Rowe.