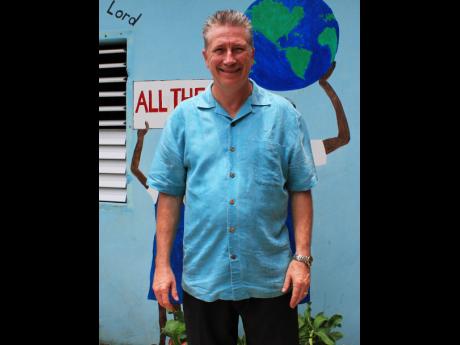 American Baptist minister Danny Myers has travelled to countries such as Nicaragua, China and Sri Lanka for ministry work, but in 2010, he chose to settle permanently in St Mary, Jamaica, and, until recently, had never considered leaving the island.

Last month, however, after his friends and fellow missionaries, Randy Hentzel and Harold Nichols, were brutally murdered just outside the parish capital, Myers questioned, for the first time, whether his dream to educate and inspire the young people of St Mary would become a reality.

Speaking earlier this week, Myers, 54, became emotional as he revisited the period immediately after the bodies of his friends had been discovered.

He told Family and Religion: "On Saturday night (30 April), when we realised that Randy was dead, I was afraid. I don't think I questioned whether I should stay [in Jamaica] or not, but I know I was afraid.

"But over the last week, the Lord has given me a new passion, a new zeal, and a fresh understanding of my purpose in Jamaica. One of them is to help young people understand they do not have to resolve their conflicts with violence because I think that's one of the first things they do.

"It's exhausting and hard to understand, but I've spent the last two to three weeks helping [Nichols' wife] Teri, the police, and the Government to try and understand so that we can find the killers and the motive.

"The motive to me is very important. Some people might say they don't need to know, but I do because it's very confusing and doesn't make sense. We might not know why, but I would like to."

Myers, who has been an ordained minister since 1983, added: "I've spent a lot of time on the phone planning events to help this country heal because I'm not the only one hurting. The Jamaican people are hurting badly over this, and we have compassion upon them."

As founder of the Spicy Grove Youth Centre and Warm Whispers Ministries in Oracabessa, Myers has spent the past five years helping his local community with literacy and other educational programmes.

Looking ahead, he hopes to transform Spicy Grove, a former copper factory, into a fully operational learning facility by 2021. He explained: "I believe, in five years' time, we'll have a full education centre and a homework centre with the 20 computers this community badly needs.

"There will be a multipurpose facility that can be used as a gymnasium or for large events, and upstairs will be a training centre for the Jamaica Foundation for Lifelong Learning and the HEART Trust/NTA, who we'll be partnering with.

"Also, [my wife] Grace is a trained counsellor, and I would like to have a counselling centre where the people in this area can come and receive healing of the mind, heart, and soul, other than just in a relationship with Christ."