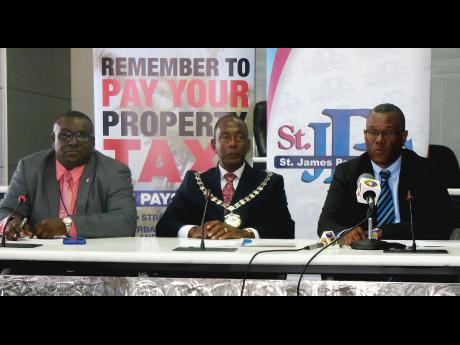 The Ministry of Local Government and Community Development is lauding the citizens of St James for their cooperation in the success of the clean-up exercise in the parish.

The programme, which was launched in Montego Bay on April 22, saw Minister Desmond McKenzie leading a two-day effort across several St James communities, removing solid waste to the Retirement landfill.

During the campaign, some 40 communities benefitted, resulting in the removal of 419 truckloads of solid waste.

Member of the National Clean-up Task Force, Senator Charles Sinclair, said that they received tremendous support from state agencies and civic groups, but, in particular, the citizens of the parish. "They were very appreciative of the concerted effort in removing bulky waste from their premises. Some of the items that came out of these premises would indicate that they were there for an extended period of time and created an unhealthy and unsafe environment. The commendations from the citizens have been very good," he said.

Meanwhile, Mayor of Montego Bay, Councillor Glendon Harris, said over the two-day period, the St James Municipal Police made major inroads to clamp down on littering and other breaches across the parish.