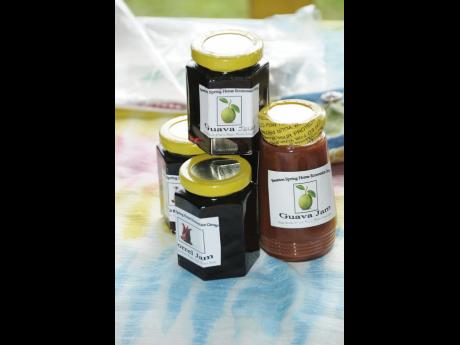 Contributed
Some of the jams and jellies produced by Beeston Spring residents through its skills-training programme. 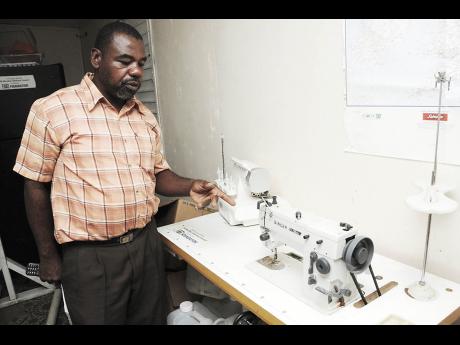 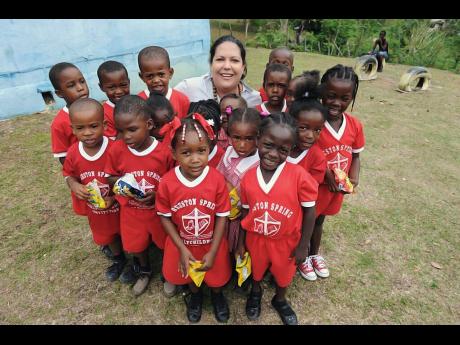 Pride also wells up in the hearts of the small farming community, especially since 2010, when it was named as the Better Environment for Social Transformation (BEST) community in Jamaica, by the National Best Community Foundation.

The town is named for Sir William Beeston, lieutenant-governor of Jamaica from 1693 to 1700, who owned the lands on which the community was established before being sold to the Moravian Church.

The Community Development Committee (CDC) also assists to diversify life in Beeston Spring by creating alternative opportunities for residents beyond the pastoral occupations that have defined them for generations.

"The community spirit is rich," says Reverend Phyllis Seymour of the Salem Moravian Church. "I've been living here for nearly 10 years, and I was shocked when I first arrived, at how closely people live with each other," she said. But the story of Beeston Spring's recognition as the BEST Community, however, is also a case of corporate social responsibility at work.

In 2006, the Member Advisory Council of the Jamaica National Building Society's Savanna-la-Mar branch, donated an industrial sewing machine and a refrigerator to the community centre, which gave new life to the community.

"Everything started from there," said Astil Gage, president of the Beeston Spring CDC. "JN was really the first to come into the community, and because of them, we were able to invite the HEART Trust/NTA, which trained people to acquire skills such as food preparation."

Subsequently, more than 100 young residents received training and certification in food preparation and housekeeping between 2007 and 2010. The training allowed many to find employment, especially in the hospitality sector.

"Some persons gained jobs at Sandals and others went overseas," said Stacey-Ann Johnson Bailey, who taught the HEART/NTA level-one programme at the community centre for the three-year period.

"And, some persons actually started their own businesses." Although training initiatives have since scaled down at the community centre, following the establishment of a HEART Academy in nearby Whitehouse, the centre remains a source of pride for the community.

"The initial training through JN uplifted the community, as residents who had left school for several years, were motivated to learn new skills," Gage said. "It was a springboard for us to really start. Sandals Whitehouse assisted us to refurbish the community centre and Digicel Foundation along with the Social Development Commission initiated the BEST Community project."