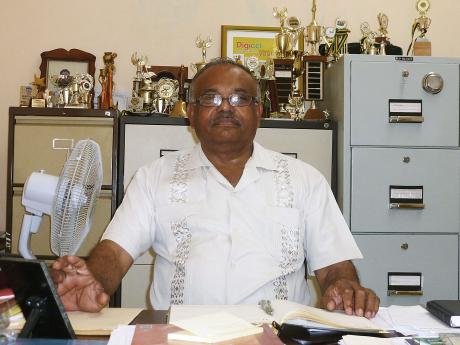 The killing of an unnamed woman in the Grant's Town area of St Mary on Sunday night was the 14th murder in the parish since the beginning of the year.

According to statistics from the local police, reveal that while overall crime in the parish is down 38 per cent, between January and May 2016, St Mary experienced a 28 per cent increase in murders, compared with the same period in 2015. The figures include the killings of two schoolboys within 10 days of each other; last month's brutal homicides of popular missionaries Randy Hentzel and Harold Nichols; and reveal that in the vast majority of cases, the prime suspects are friends, neighbours, or family members of the victims.

While the parish's custos, Errol Johnson, believes the reasons for the soaring murder rate are diverse, he said he is confident that pressure brought on by economic and environmental factors has played a part in the upsurge in violence.

He told Rural Xpress: "We see an aggressive nature in our people and I'm wondering if it's because of the stress caused by the economic downturn the country is going through.

"If we look in [St Mary's capital] Port Maria, we see a general disorder in the town. People try to earn a living but it is taking so long to repair the market and make it plausible for our vendors and shoppers to buy and sell in a comfortable situation.

"There is a sense of a lack of social amenities and it makes you question whether these are the things that lead to the aggressive behaviour of our people. You see it in the schoolchildren. The smallest thing and there's a fight or a big cuss.

"Our priorities are wrong. Look at the developments in the places we build factories. Do we build nurseries for mothers with young children, which is something that can be profitable? Do we build playfields in our housing estates, or maximise the number of houses we can put in the space?" he said.

"People are working every day and night to make ends meet, and it's stressful, but they have no communal areas or playfields where they can sit down, relax and exchange thoughts."

Johnson, who is principal at Horace Clarke High School (formerly Islington High), said he believes that if the people of St Mary truly want to reduce the murder rate, they must first consider returning to traditional family values.

He explained: "We talk about culture but are we practicing the necessary culture, which is a family-orientated situation? Look at our ancestors and you'll find most of them had an extended family. I believe we are not lost but we must go back to our roots."

Police figures confirm that despite the disturbing rise in murders, there are still at least two reasons to remain optimistic: St Mary maintains one of the lowest crime rates in the country; and it is far safer than it was during the first six months of 2013 when a staggering 21 murders were recorded.

Johnson is nevertheless appealing to St Mary's justices of the peace (JPs) and other responsible community members to unite and help strengthen the parish. He said: "Our JPs have to be more au fait with mediation and of such stature that people are confident about sharing with them.

"It's the same with people like pastors and schoolteachers. They can help solve some of these domestic problems but we have to be proactive rather than reactive," he said.