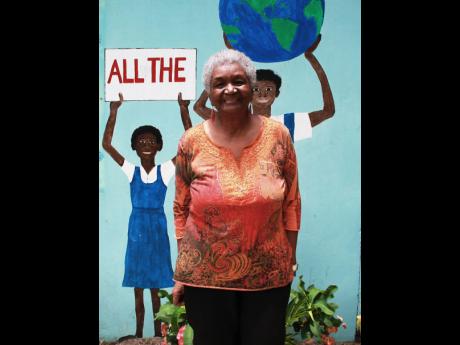 As founder of the Operation Restoration Christian School (ORCS) in Trench Town, St Andrew, Lorna Archer Stanley spent more than 20 years delivering education and community-development programmes that helped rescue hundreds of children and young adults from a life of illiteracy.

While Stanley still plays an integral role at the school, the location of her latest project, Oracabessa, St Mary, suggests that the former journalist is seeking new challenges away from the hustle and bustle of the metropolis.

Stanley told Family & Religion: "In 1994, after living in the US for over 30 years, I gave up everything, came back to Jamaica, and started the ORCS because I recognised there was a need for that kind of training.

"However, after being there for 21 years, I felt the time had come for me to move on. I needed to get out of Kingston because it had really become very stressful."

In an effort to find an exciting, but rural, project in which to immerse herself, Stanley visited fellow educator and long-time associate Grace Taylor Myers, who had recently relocated from the inner city to launch a Christian-based community-development project in Oracabessa - the Spicy Grove Youth Centre.

Stanley liked what she saw and earlier this month used Myers' centre to launch her latest initiative, Strong Women of Oracabessa, which she plans to develop into a cooperative organisation producing art and craft for tourists.

"The [mission statement] I have written on the wall says 'Changing our communities to impact the nation and the world,' and I think we really can do it," Stanley enthused.

"Each one reach one. We just need to get out there and lend a helping hand, and that's what I'm seeing here in Oracabessa. The whole idea is to empower people so they can become self-sufficient and self-sustaining."

Stanley says the women in the group are ready and willing to help themselves, but nevertheless require of support, preferably from local donors.

She explained: "We have people here in Jamaica who can get involved. We don't have to sit all the time waiting for a handout or somebody from overseas to help because we can do it.

"And that's why there is a void that's been left by the killing of the two missionaries (Randy Henztel and Harold Nichols). We have to pick that up and do something because whatever they were doing, we can do it too."

Looking ahead, Stanley confirmed that the group's primary concern is to raise enough money to build another room to facilitate her group, which has already outgrown its allotted space.

She said: "Right now, the thing I would like most of all is for one of [the centre's] half-finished buildings to be completed because we can do so much in there if we have it.

"I just wish for a better Jamaica and make this appeal to people: [Deuteronomy 32:20] says: "... one can chase 1,000, and two can put 10,000 to flight," so we can make a difference. The motto is 'inspire, motivate, and empower,' and that's what we're here for. Why not join in and help us because we really can make difference?"