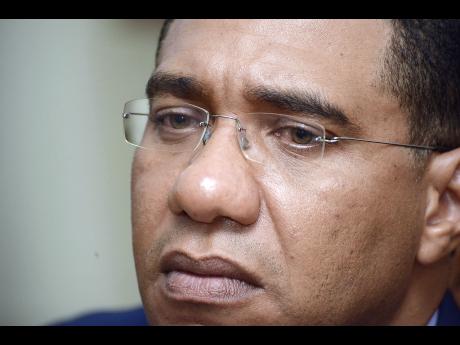 Prime Minister Andrew Holness yesterday declared that he was headed to the civil court to quash what he described as a coordinated and persistent strategy being employed to smear his reputation.

Holness suggested that political machinations were once again at work over the Beverly Hills mansion that he was constructing, and vowed to push for justice to the bitter end.

"Part of the job, part of the territory as a political leader, one expects to be targeted, but the political machinations are being overdone now," he said.

Holness told The Gleaner yesterday that although the election ended, persons with malicious political motivation continued to seek to defame his character.

"So we have taken the decision that it makes no sense to try and resolve these matters in the court of public opinion," said Holness.

He added: "The civil court needs to address these matters and I have sought and received the advice from my attorneys and so the matter is now out of my hands."

In a statement released to the media earlier yesterday, Holness stated: "I totally and completely reject the assertions, inferences and innuendo made in the television programme '18 Degrees North' aired on TVJ on Monday, May 30, 2016.

The statement continued: "In particular, I wish to make it clear that all my property taxes are paid up to date, and I have never entered into any arrangement with the intent of evading any of Jamaica's tax laws or benefiting from public contracts."

Senior attorney-at-law Gordon Robinson has been retained by the prime minister.