Dennis Henry - A Quaker at heart 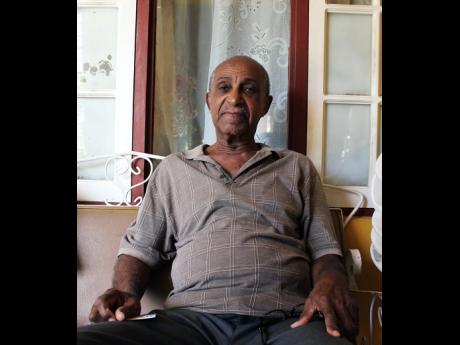 For the last 50 years, Dennis Henry has been a minister for the Religious Society of Friends (Quakers) in St Mary and presently operates as pastor for the organisation's churches in Highgate, Belfield, and Dover.

As a child, Henry, who celebrates his 79th birthday later this month, remembers attending a popular church in Port Maria with his family, but decided to become a Quaker after attending some of their services in the late 1950s.

He told Family and Religion: "I used to go to the Kirk United Church in Port Maria because my grandparents and father were members, and so as a child, the three of us went. But after I got married in 1959, I transferred my membership to the Quaker church.

"I loved the way they operated when they were doing their services, and my lovely wife (Cynthia) was going to that church. I said: 'Instead of us splitting up like some people do, why not let us both go to the same church.

"The members and executive of the church must have seen something in me because I usually worked as a Christian worker, and they thought there was potential for me to be an assistant."

Quakers founder George Fox launched eight meetings (or churches) when he visited Jamaica in 1671, and Henry credits the organisation with helping to establish some of the first church schools in St Mary.

There are many elements of the Religious Society of Friends that still appeals to Henry, but he has a particular fondness for the un-programmed meetings, which provide members with an opportunity to contemplate their relationship with God on a deeper level.

He explained: "At the un-programmed meetings, you go, sit, and just quietly meditate. That is the sort of worship we crave for because (verse 10 of) Psalm 46 says: 'Be still, and know that I am God.'

"There are oftentimes when a whole heap of noise stops you from hearing God, so sometimes we sit there in quietness, and God will speak to us, and if you feel like getting up and sharing a thought, you share it."

Looking ahead, Henry hopes that God will give him the strength to reach some of the young men living in his community of Sandside, as he fears many are going off the rails.

He said: "My ambition is to see the young people come to the knowledge and acceptance of Jesus Christ because too much of them are wasting away their lives. From the government announced the decriminalisation of ganja, they are even more up to the task of kneading dumplings in their hands.

"Every opportunity I get to preach and talk, I tell them that ganja is not good for them the way they are using it. It's a good medicine if used in the right way, but they are smoking to get a high, and the only high that is permanent is the high in God, and so I encourage them that way."