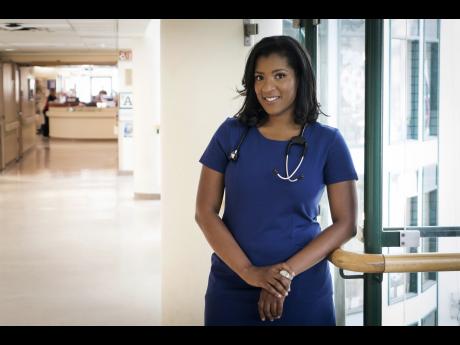 A Jamaican medical practitioner based in Toronto, Dr Anya McLaren, has received the prestigious Paediatrics Scientific Abstract Award from the American Thoracic Society (ATS) for her groundbreaking research in sickle cell disease.

McLaren, who hails from Kingston, received the honour at the American Thoracic Society International conference held in San Francisco recently for her research on the effects of hydroxyurea on pulmonary function decline in children with sickle cell disease.

In her groundbreaking research, McLaren and her team concluded that the drug hydroxyurea improves pulmonary function in children with sickle cell disease by more than one-third. For the research, 94 research study participants ages six to 20 years were followed for four years.

Several of their functions, including blood count, liver, and renal functions, were measured at intervals, beginning at three months. The research found that there was significant improvement in lung function following the use of hydroxyurea.

McLaren is a pediatrician specialising in respiratory medicine at The Hospital for Sick Children in Toronto, and the award is given to medical researchers in recognition of their exceptional contribution to the area of paediatrics.

In accepting the award at the Marriot Marquis in San Francisco, McLaren expressed her gratitude and appreciation for the honour and for what the study will mean for the treatment of juvenile sickle cell disease in the future.

"It is tremendously meaningful for the ATS to recognise our work, and I hope that this endorsement will go a long way in improving treatment of the disease for young people," she said.

McLaren is a graduate of St Andrew High School for Girls in Kingston and the University of Toronto. She is also a Fellow of the Royal College of Physicians Canada. She is the daughter of Dr Ingrid McLaren, lecturer and associate dean of the faculty of humanities and education at the University of West Indies, Mona, and Captain Louis McLaren, formerly of the JDF Air Wing and the Sandals Group.