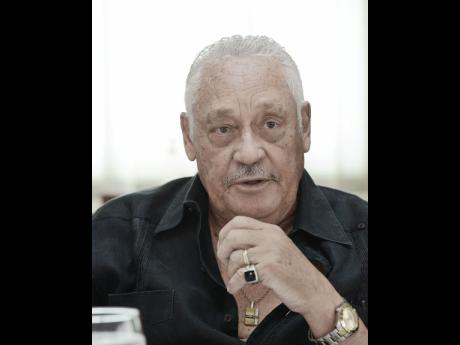 Transport and Mining Minister Michael Henry says the police commissioner must deal decisively with all law-enforcement personnel who own public and private passenger vehicles that are in breach of the Road Traffic and Transport Authority acts.

"I call upon the police force to enforce the law on both civilians and the police equally. No one is above the law, especially as we seek to hurriedly bring our road fatalities below 300 this year," he said.

Henry was speaking at the opening ceremony of the eighth annual staging of the Jamaica Driver and Traffic Safety Expo at the Nelson Mandela Park in Kingston recently.

Citing last month's horrific motor vehicle crash in St Ann, which claimed the lives of five people, the transport minister expressed satisfaction that the owner of the defective bus, a policewoman, will be charged in relation to the incident.

Henry said he is committed to ensuring that Jamaica has a modernised Road Traffic Act this year and will be leading the charge in the House of Representatives to ensure that this is achieved.

"I am calling upon every Jamaican to support this new Road Traffic Act, which is geared towards enhancing road safety in Jamaica and to align our road-safety systems with the great road-safety nations of Sweden, United Kingdom, and the Netherlands," he said.

Henry is appealing to all road users to drive, ride and walk with care. He is also imploring motorcyclists, particularly those in Westmoreland, to wear helmets. The western parish accounts for the highest number of road fatalities this year.

"This blatant disregard for the requirements of the Road Traffic Act must not go unpunished. They must either comply or face the consequences of law enforcement," warned the minister.

"I want to see Operation Zero Tolerance ensuring that all motorcyclists in Westmoreland wear helmets," he added.

The islandwide operation is aimed at reducing crashes and removing defective vehicles from the streets, those with illegal lighting, including flashing blue lights, and those that are heavily tinted.