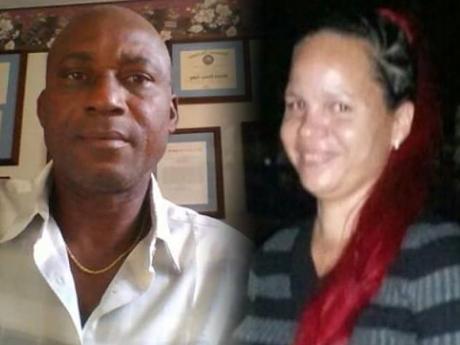 WESTERN BUREAU:
Residents of Short Hill in St Elizabeth, are now trying to come to grips with  an apparent murder-suicide in their community yesterday evening, which has left a female resident and her lover, an ex-policeman, dead.

The deceased persons have been identified as, 41-year-old nail technician Tamara McIntosh, a resident of Short Hill; and 59-year-old Easton Douglas of a Passage Fort address in St Catherine,

The Corporate Communication Unit, which has confirmed the incident, told The Gleaner that Douglas is a retired police inspector.

According to reports from residents of the community, shortly after 6:00 p.m, gunshots were heard coming from a location, where Douglas was visiting McIntosh.

Upon investigation, the bodies of the two were seen with what appeared to be gunshot wounds.

A glock pistol was seen on the ground beside Douglas’ body.

Residents say the couple was involved in an ‘on again, off again’  relationship, which was apparently a source of much tension between the two.

"We are always encouraging persons to seek counselling whenever they are having problem with their relationships," an officer at the nearby Pedro Plains Police Station told The Gleaner.

"We have officer here with the requisite training to offer counseling….so we are encouraging persons to come to us for help when they have these issues."