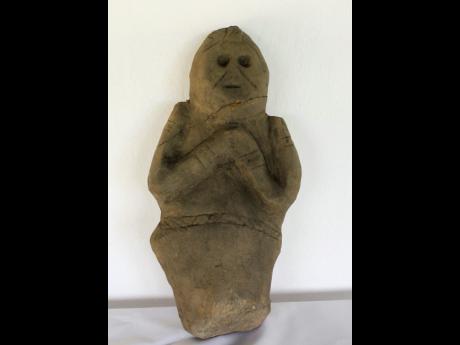 Orantes Moore
A Taino zemi from Rio Nuevo Village in Rio Nuevo, St Mary, sculptured around 1,400 years ago and representing the ancestral sprit of an ancient people. 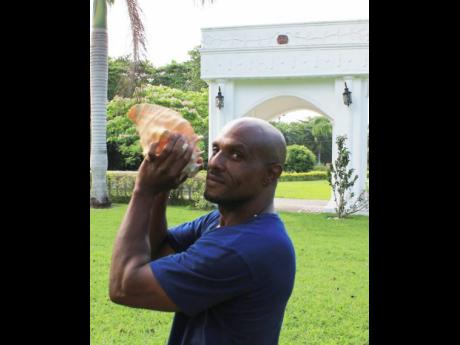 Over the past six years, avant-garde curator David Wilson has developed Rio Nuevo Village (RNV) in Rio Nuevo, St Mary, into one of the north coast's premier tourist attractions.

The 30-acre estate, which includes one of the region's largest Taino settlements, also features a distinctly unique Great House Museum comprising an eclectic collection of African, Spanish, and English antiques.

In the coming months, Wilson believes the Jamaica National Heritage Trust (JNHT) will recognise RNV as a national monument, a move that would help market the village's tour  and museum to a broader audience.

He told Rural Xpress earlier this week: "Things have really transitioned in the past two and a half years because, now, we are fully-operational as a museum, and more people know about this place.

"It's an awesome feeling to have been entrusted to oversee, expose, and share such a significant part of our history with people locally and from around the world, and having the site recognised by the JNHT would really validate the significance of this property, in terms of our history."

So far this year, RNV has enjoyed a steady stream of visitors, including cruise ship passengers and corporate executives, who are often flabbergasted to learn about ancient Caribbean civilisations.

According to Wilson, Jamaica has a rich and exciting, but largely unknown past that stretches back more than 800 years before the start of the transatlantic slave trade.

He explained: "When people come here, they are captivated to learn how far-reaching our history is compared to places like Mexico, Colombia, and European countries. They are excited about the hypothesis that Jamaica was occupied pre-Columbus, over 1,300 years ago.

"What grabs people who are well-travelled is the similarities Jamaica has with the Egyptian, Mayan and Aztec cultures. When they compare the rich history of those places with this little Caribbean island, they are blown away and want to know more.

"In terms of who we are as Jamaicans, I think we've just scratched the surface in understanding that. I know there is so much more to learn, based on what I have been learning. I'm still not ready to share all of it yet (laughs), but I will as time goes by and it is validated."

The former property renovator believes that by focusing on the pre-Colombian era, RNV offers visitors an entirely original, alternative, and authentic experience.

Wilson said: "We've spent so much time on [Columbus and the salve trade], but based on new discoveries, I think we need to focus on the pre-Colombian era because there was a lot more going on here before Columbus arrived than has been previously documented.

"I really think our historians and archaeologists should do more field work into the pre-Colombian era because that's what it's supposed to be about; exploring the unknown, rather than plagiarising what already exists.

Instead of going through the archives in Spain or England, why not learn about what's here? That hasn't been discovered yet, and is still untouched. Because it's our real history".