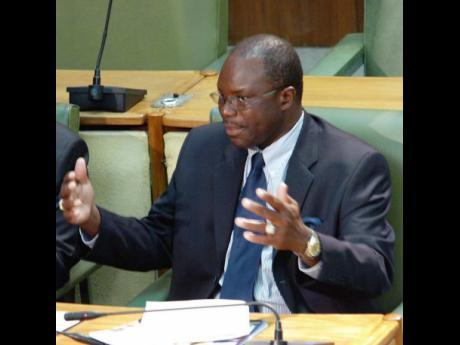 State Minister in charge of Works Everald Warmington is dismissing an announcement by a senior Cabinet member that the government plans to abandon the construction of the South Coast Highway.

The highway, from Morant Bay in St Thomas to Harbour View in East Kingston, was announced by the PNP administration and was to be funded by some $500 million from the Chinese EXIM bank.

But addressing a growth forum in Montego Bay yesterday, Finance Minister Audley Shaw, said the government would be ditching plans for the roadway in St Thomas and focus instead on building a toll road in Montego Bay.

Shaw said it would not make economic sense to pursue the South Coast Highway at this time.

But when contacted last night Warmington told The Gleaner/Power 106 News Centre that the government has every intention of constructing the South Coast Highway.

He added that he was not aware of any plan to build a toll road in the second city.

Warmington said he learnt of Shaw's claims through someone who told him of a Gleaner report on the matter, but he wasn't able to reach the finance minister to discuss the issue.

However, he made it clear that as the state minister in charge of works, he was the only one mandated to announce the fate of the South Coastal Highway.