Gov't to amend Constitution for employment of retired judges 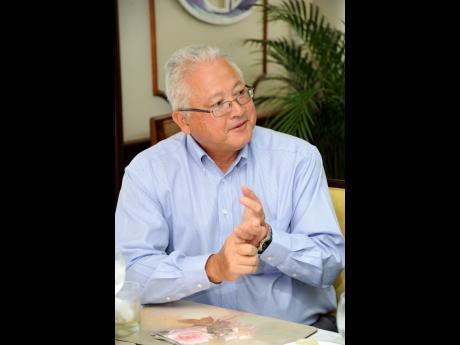 If the Government gets its way, more than 20 judges who have retired could be employed as part of a thrust to cut the backlog of cases burdening the justice system.

Speaking in the House of Representatives on Wednesday, Justice Minister, Delroy Chuck, announced that an amendment to the Constitution will be proposed to allow for some judges to sit beyond the statutory retirement age of 70.

He said the general retirement age will remain, but it will be up to the Chief Justice and the President of the Court of Appeal to make the decision on who will ultimately be re-engaged.

He argued that there is a need for such a move, and he is pushing for the measure to be implemented by this year or next year the latest.

"During this fiscal year, approximately five judges are due to retire and a further five over the next two years. This will effectively reduce the complement of judges in the Court of Appeal, the Supreme Court and the parish courts," he said during his contribution to the Sectoral Debate.

Chuck said some of Jamaica's judges who retire are re-employed in other jurisdictions where they go on to serve at a high level for years.

"Many of them are working in the Cayman Islands, Bermuda, The Bahamas and the Turks and Caicos Islands. We need to utilise that experience."

A submission proposing the amendment is to be taken to Cabinet for consideration and approval.

Director of Public Prosecutions Paula Llewellyn has welcomed the move, saying it should have been in place long ago.

"I believe that constructive use can be found for judges who have retired. I would only caution that if it means that the capacity, certainly, of the criminal courts will be enhanced to assist in the backlog, then it would mean that we have to make sure we have more prosecutors and more court staff," she said.

One of Jamaica's most respected jurists, Paul Harrison, who retired in 2007 as president of the Court of Appeal, is a high court judge in the Turks and Caicos Islands presiding over corruption cases, including the Michael Misick matter.