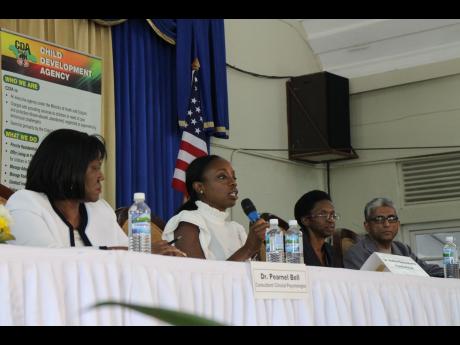 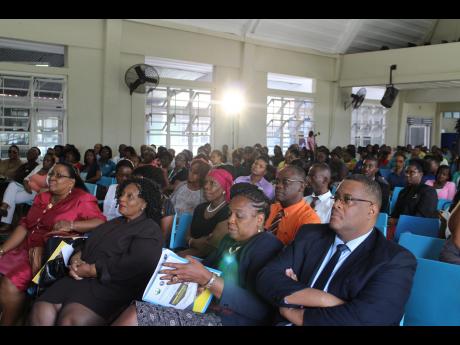 Tamara Bailey
A section of the audience who turned up for the presentation.
1
2

Have you ever wondered why some persons who endured trying conditions as children go on to experience physical and emotional illnesses later in life? Is this a coincidence or is there an actual link?

Jamaica-born paediatrician and founder of the Centre for Youth Wellness in San Francisco, California, Dr Nadine Burke- Harris has confirmed this link. She said illnesses such as heart disease, cancer, mental instability, among others experienced by adults, are linked to traumatic incidents the patients suffered as children.

Burke-Harris was speaking at a lecture series at the Northern Caribbean University, coordinated by the Child Development Agency (CDA) in association with the US Embassy, themed 'Knowing Your ACEs: Uncovering the Link Between Adverse Childhood Experiences and Illnesses in Adulthood'.

She urged adults to positively impact the lives of children to alleviate toxic stress. The doctor made a call for everyone to join the fight.

"We need to raise awareness. Early adversity is

deadly. We need to do routine screening, and this should happen at the primary care office. When we are able to do the intervention early, it is more effective.

For this work, there is something everyone can do. Start in your own household, educate your family members. This is a public health emergency. I believe we are the solution in our households, in our communities and in our country."

Among those who joined Burke-Harris in the call were panellists Dr Orlean Brown-Earle, Dr Ganesh Shetty, and Dr Pearnel Bell. Brown-Earle and Shetty encouraged the CDA to train caregivers to identify toxic stressors in children who they come in contact with.

But how do you reach out to children who have been traumatised by life-changing circumstances - Bell suggested her own method of using drama, drumming, dance and other art forms to sustain psychological balance and improve child care.

Plans are being put in place to have similar research done here in Jamaica to ascertain best intervention strategies.