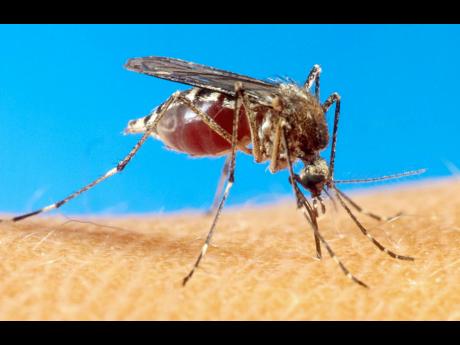 File
The Aedes aegypti mosquito, which transmits the Zika virus.

Growing up in the country, we had a lot of mosquitoes. The biggest issue that would occur from that was dengue fever. Today, the mosquito has become one of the most dangerous and deadliest insects and could be labelled one of the biggest terrorists in existence. The World Health Organization, (WHO) says that more than one million people die each year as a result of mosquito bites loaded with diseases. They have quietly become more dangerous to humankind than ISIS and Boko Haram.

Now, if knowledge has increased and we now have better technology than in the past and brighter scientists - then why are we having more people dying? Is it a man-made disease or an experiment gone wrong? Is it designed to make millions in the pharmaceutical industry and insurance industry and among many doctors and scientists? Could it be that while knowledge has increased, wisdom has not? In order to get real wisdom, there must be a fear of God. Today, there are many who think they know more than God, or are they smoking too much marijuana?

There are many questions being asked regarding the ZIKV. Is it a manmade disease to control the birth rate while bringing greater riches to a few? Why is it that when diseases break out, it always affects the Latin, African and Caribbean countries more than any other? Many also wonder if ZIKV was designed to promote abortion or to restrict the movement of persons from one country to the next.

When diseases like ZIKV break out and many are told not to have children or get pregnant (and some religions don't use contraceptives, and keeping in mind that God has a timing for some children to be born), is it a conspiracy to stop the births as in the book of Exodus when the enemy wanted to ensure no deliverer would be born? Or is it a sign as in Exodus 9: 14 - 16? God used the overrun of insects and animals to punish the Egyptians and the Pharoahs to release His people from oppression and bondage. Now we see the same thing happening today, where one per cent of the people have the wealth. Furthermore, the people were no longer faithful to the true and living God - their gods had become ISIS, OSIRIS, SETH, and HORUS.

Many are of the view that wealthier countries will starve the other nations of food, medication and even grants unless they comply to their immoral policies and agendas.

There are those who are of the view that ZIKV is an apocalyptic fulfilment as in Luke 21: 11 and Revelation 5 and 6 - part of the seal that would be broken in the end time or the beginning of the seventh and last plague in Revelation 15.

I have always said that where there are diseases and disasters, there are always opportunities that can come about. The church can rise up by utilising the healing ministry to combat some of these diseases. This will be what we call a 'wealth transfer'. It was not God's intention for pharmaceutical and insurance companies to suck the blood of the poor - much like the mosquitoes.

God left a healing ministry for the Church to carry on (Matthew 9: 35; Mark 3: 10 Luke 9:1, Matthew 24), and furthermore, there are many natural bushes that can be used as a repellant; eating garlic, eating apples, cucumber and other herbs that can help to strengthen us. Most of the foods we are eating are toxic. Some of the fertilisers are destroying our cells and the very fibre of our bodies. This could be the call for many of the poorer countries being affected to return to our organic ways of growing and preparing our foods - which also can result in improvement in the area of export for these nations.

Most of the drugs that many are taking are destroying the immune system, hence their resistance is low.

The wealthier countries also have the opportunity to build more labs and help to set up more clinics and to give grants without strings attached.

Stop eradicating the bats and certain fishes that help to control the mosquito population. Most of the people who engage in this, are ultimately destroying the natural habitats and the environment on the premise of economic development. We cannot allow greed to destroy life. Our lives matter!