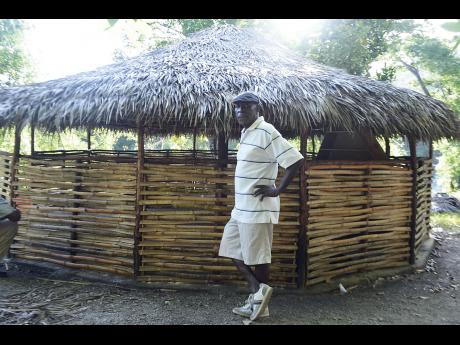 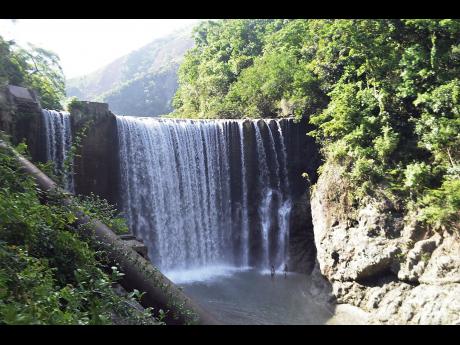 Following the path of dirt and gravel, Rural Xpress made its way to one of St Thomas' hidden paradises, the results of an abandoned hydro-electric plant called Reggae Falls.

Locally referred to as DamHead, the great falls from the Johnson River is located in a rural community just outside of Seaforth called Hillside.

When residents heard that a highway that would run through their parish was being planned, they were excited. Finally, the forgotten would be highlighted and its gems recognised.

But then came news that the highly anticipated road development has been scaled down. Instead, there is to be a four-lane thoroughfare running from Harbour View in St Andrew to Bull Bay, which lies on the border of both parishes.

Antonio Porter, long-time resident of Hillside, revealed his plans for Reggae Falls and his displeasure with the change in events.

Introducing himself as proprietor and developer, Porter said the fall was named by him some years ago when he first thought of the idea to turn it into a tourist attraction.

"This side of the island hasn't been getting any kind of attention or any project to attract tourism, so this is like we are breaking virgin soil into the tourist industry.

"The fall is about 70ft high, very beautiful and is presently attracting hundreds of people on the weekends, and by virtue of that, it gives me the sort of incentive to invest and to promote it," he said.

Porter disclosed that he had left Hillside and was living in the United States of America, but is now back to fulfil the dream he has for the community.

The 67-year-old is now undertaking a self-driven project to develop the banks of the river.

"I am putting in the relevant infrastructure, for example, gazebo, bar and grill jerk centre, changing room, bathroom facilities, gift shop, and a luncheon area.

"This will be developed along the standards of TPDCo, and I intend to consult with the TEF (Tourism Enhancement Fund) with hopes of getting assistance with other infrastructures that are coming into the area," he outlined, adding that he is planning to sort out the necessary licence upon completion.

But as it stands, a paradise, even with the right facilities, without proper road conditions is bad for business.

"With respect to the changes to the plans of the originally proposed highway that we are hearing about, I think it will have a negative impact on the flow of tourism that we were expecting. If the four-lane roadway had gone through to Port Antonio to connect it to Morant Bay and Kingston, then it would have had a bigger impact on the tourism development to this region of the country. Personally, I feel very strongly about the fact that the roads are left in such terrible condition. They are atrocious. I can't find the adjective to describe the roads here. This will be a very focal point in which I will be very aggressive in getting the attention towards the roads coming into this area and leading into other areas with similar developmental potential," said Porter.

He added: "We have been left behind for far too long, and I think it is about time St Thomas is prioritised and put up front for some meaningful attention. St Thomas is by far behind a lot of the other parishes, and now that there is supposed to be a development that will impact the parish positively and will bring about meaningful investments that we need as the country, we will not sit idly by and allow this to happen. If it does, then for me, I am sure it will rekindle the spirit of Paul Bogle, and I will not hesitate to move along similar lines to accomplish what I think we deserve in this parish," Porter noted.