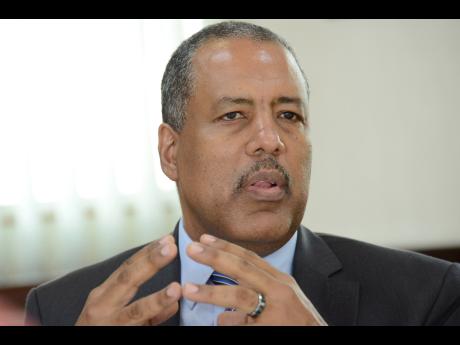 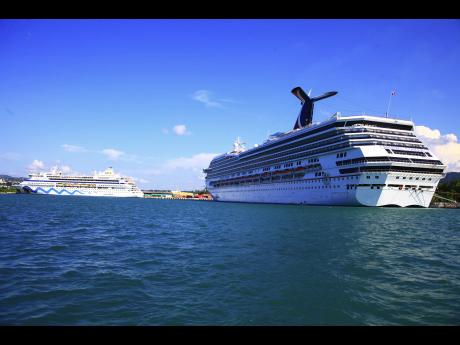 File
A cruise ship docked in the Montego Bay port.
1
2

Montego Bay, which lost its premier cruise shipping destination status to Falmouth in 2010, looks poised for a major rebound as the Port Authority of Jamaica (PAJ) is to spend approximately US$100 million over the next 18 months to transform the city's port into a world-class multipurpose point of entry.

Considered one of the most beautiful harbours in the Caribbean region, albeit greatly underdeveloped, the port of Montego Bay has had to be playing second fiddle to the new Falmouth Pier and the renovated Ocho Rios Cruise Ship Terminal in recent years.

However, with several cruise companies zooming in on Montego Bay as their home porting link to the region, and with this major investment in the pipelines, the western city is now bracing to welcome its glory days once again.

"We see the cruise business beginning to grow, there is a symbiosis between it and the airport (Sangster International) because a part of the cruise business (that is) growing fastest in Montego Bay is home porting," said Professor Gordon Shirley, CEO of the PAJ.

"Home porting depends on having an airport almost next door to the cruise line where people can come in and board the vessel. The demand for cruise berthing in Montego Bay has exploded; it is the third-largest of our cruise facilities, but it is growing dramatically.

"We have had to rethink the entire Montego Bay terminal. In an ideal world, we would have wanted to rebuild that terminal, but the cruise lines want accommodation now, and they want accommodation for home porting," added Shirley.

The facility currently has a cruise berth and a port to receive cargo that doubles as a terminal for tourists when there is another vessel overflow, but according to Shirley, this will soon be a thing of the past, with the modernisation project set to feature an industrial park, home porting berth, a twin cruise terminal, and a mini berth for liquefied national gas (LNG).

In response to concerns about the threat on Jamaica's tourism on account of the improved relationship between Cuba and the United States, Shirley argued that Montego Bay is likely to see much benefit from the Spanish speaking state.

"Most of the home porters want to visit Cuba, and Jamaica is the most ideal location for them coming out of Europe ... Montego Bay is definitely on the map," declared Shirley.

The LNG port is to support the $2.6-billion conversion of the Jamaica Public Service's Bogue plant transformed from using solely automotive diesel oil to use LNG.

It is also seen as a tremendous business opportunity for the refuelling of vessels, with only Trinidad and the Dominican Republic capable of competing with Jamaica with this offering, presently.

"The ships will have more rooms for passengers, and so on. So here comes a gift. We can now supply and replenish these ships," said Edmond Marsh, vice-president of business development at the Port Authority of Jamaica, while speaking at a recent Gleaner Editors' Forum.

Godfrey Dyer, the chairman of the Tourism Enhancement Fund, who has had a long history of lobbying for the renovation of the port of Montego Bay, is quite elated with the news.

"I am very happy with the development and the job the PAJ is doing, I am confident that Montego Bay will come together," said Dyer, who is a former president of the Montego Bay Chamber of Commerce and Industry.