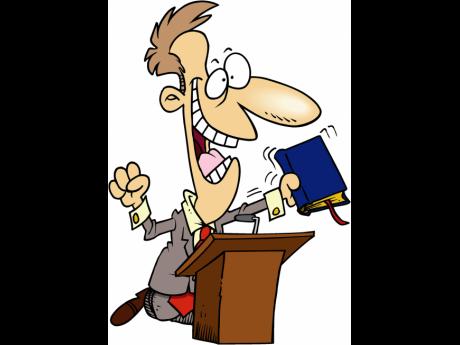 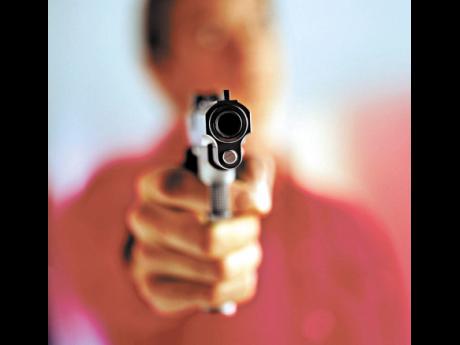 While the children played and enjoyed themselves on the grounds of Green Park All-Age School in Sandy Bay, Clarendon, some youth had their eyes opened to the cold hard facts of life at a men's forum held inside one of the classrooms.

Troy Cameron, ex-prisoner, now pastor of a church in Waterhouse, Kingston, held the roomful of men entranced as he bared his soul about the mistakes he made, urging them to avoid the same trap.

"Education works. I couldn't read and write and mi touch road, grab chain, pick pocket fi buy Nike Air," he said, speaking about a journey that saw him spending 17 years of his life in and out of prison.

Cameron is now thanking God he removed himself from the "generational curse" of being born into a family where his brother and uncle were gunmen.

"All that was on my mind was to become a gunman. From age 12, I was given crocus bags of rifles to keep and care and I start to hold corner with Sandokan and Natty Morgan (renowned gunmen who are now dead). Mi never learn anyting mi did dunce like bat. Man a gi mi gun fi traffic," he said of his former lifestyle, which saw him being shot three times.

According to Cameron, he was shot by police twice.

"Yuh a bad man? Prison life nuh nice," he said, going into graphic details on what it took to survive in prison. While he told them about the cramped space, the cellmates who were easily offended if they thought you dissed them and were just as ready to kill.

There was no holds barred as he spoke about the sanitary condition and relieving himself in cramped surroundings.

While Cameron spoke, all eyes were riveted on him, not even the outside activities which before drew their eyes away could compete as he spoke.

Now married with two children, Cameron is back in the prison system this time to minister to inmates.

Cameron was speaking at the Men's Forum which came under the Operation Hope initiative in Clarendon, commissioned by Senior Superintendent of Police Fitz Bailey, commander of the Clarendon Police Division, in association with the Errol Rattray Evangelistic Association and May Pen Ministers' Fraternal.

The month-long operation in the parish concluded on Sunday night with a gospel explosion at the JC Cooke parking lot in Sandy Bay, which saw some powerful testimonies and performances from gospel artistes such as Edwin Myers and Bro Cash.

Rattray also implored them to put their trust in God and not "chariots".

Commenting on the outreach, SSP Fitz Bailey said it was early days yet to see the results being anticipated.

"I think the month of activities reached some people. We will continue our efforts with constant focus in these areas as the interaction continues," he said.

Bailey said that in the coming weeks, meetings will be held with the partners to do a review and make plans to possibly go into other areas such as Rocky Point and York Town.