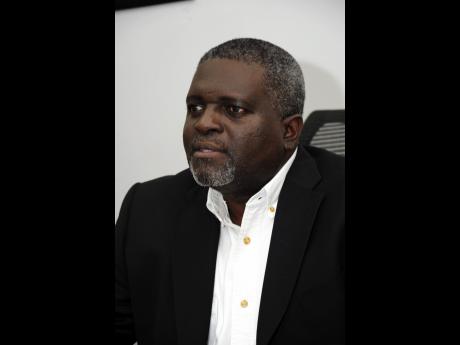 Ceiling and floor repairs are among some questionable things parliamentarians say should not have to be covered by taxpayers who are funding a $400-million refurbishing exercise for the Accountant General's Department (AGD) to rent the ground floor of the old Oceana Hotel building in downtown Kingston.

Some members of the Public Administration and Appropriation Committee of Parliament on Wednesday were dissatisfied that after selling the building for $385 million through the Urban Development Corporation (UDC), the Government had to turn around to use taxpayers' money to fund activities they felt should be covered by the landlords, Downing Street Group.

The issue was brought to the public's attention by Minister of Finance Audley Shaw who, in May controversially questioned whether the agreement, which also sees the UDC being project managers for the refurbishing works, was a sweetheart deal.

Devon Rowe, financial secretary, said he was satisfied that the deal was above board, although he acknowledged that he could understand why there would be concerns about the issue.

That the deal appeared above board, has won him support from Fayval Williams, committee member and state minister in Shaw's finance ministry.

A report submitted to the Dr Wykeham McNeill-chaired PAAC showed the breakdown of the money being spent on refurbishing works.

The budgeted $400 million includes $18.6 million to be spent on walling; $55 million on floor finishes; $18.9 million on ceiling finishes, $20.8 million on doors and windows; $1.7 million on disposal, storm water and sewer, $9 million for sanitary appliances and $175 million on mechanical and engineering services.

"A grey area, and a very big grey area, is renting a property at market value that the assumption is not that at least you would have had ceilings and floors. That's a serious concern when I look at the cost that was involved," committee member Juliet Holness said.

Rowe explained that some of the refurbishing works involve things specific to the functioning of the department, such as the construction of vaults.

But Holness did not relent.

"I understand that some things are specific to your use that you'll have to retrofit. We would need to ensure that in our systems, if we're renting a building, (things) like sewers should be negotiated that the landlord provides them some way, somehow."

She stressed: "Even if we stay in a building for 10 years, when we walking out of that building, we leaving the floors. And even if we attempt to take up the sewer, there's no benefit to us," she stressed.

Rowe insisted that the Government may not be investing in vain.

"At the time we decide to leave, we can remove our own equipment. We may not wish to, and we can negotiate a settlement price (for things that will be left behind). It's not that we want to do this (renovation)."

McNeill said the committee would be making recommendations to the Parliament on how such situations can be averted through the implementation of policy guidelines.

Under the 10-year lease, the AGD will pay about $91 million per year for rental, along with other parking and maintenance costs. After several delays, the AGD is to occupy the floor in September.