Manchester business owners fearful as another colleague is killed 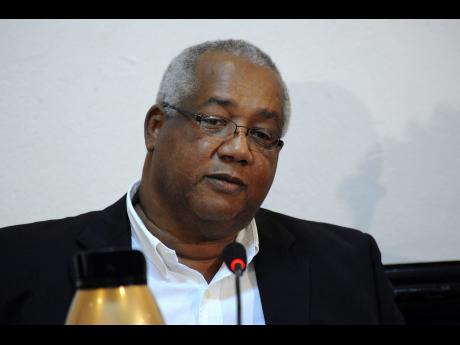 Fear is now a common emotion among the business owners in Manchester as their colleagues continue to be targeted and killed.

The most recent death is that of business owner Michael 'Mal' Levy, 65.

According to police reports, Levy was attending a party in the Comfort district in the parish when gunmen held him up and demanded his watch. He refused and was shot and later pronounced dead at the Mandeville Regional Hospital.

Levy, who was the owner of several plazas in the town of Mandeville, is remembered by his employees and colleagues for his reasonableness and consideration during business transactions.

"He was my preferred landlord for 14 years. We never had a problem in all my time of being here ... . I felt bad when I heard what happened. It's sad. How can people kill you for what you have? It's unfair. I don't feel safe," said a variety store owner.

Former employee and tenant Grace Jacobs told The Gleaner that news of Levy's death was the last thing she expected to hear, having had a great relationship with the family for years.

"I worked with him when he owned Krusty Bakery. I was his cashier for three years, and then when he was building Bank House Mall, I remember asking him for a shop space there. He told me they were all taken, but because he was just a good person, he actually cut a shop space in two so I could have a spot. I have never had an incident of late payment, but he was the type of person that would be lenient," Jacobs said.

"When I got the call about his death, I was shocked. I don't understand what is happening here. I feel fearful for my own life. I mean, the town and parish that was so quiet is now like this ... . I believe the police need to ramp up security around business areas and not just around the time of Christmas."

In a release, the president of the Manchester Chamber of Commerce, Garfield Green, stated that this "latest incident has left many concerned for their own safety and security". Green encouraged the police to be resolute in their efforts to bring an end to the criminal activities.

"The Police High Command in the parish is usually quick and successful in their responses, and we will continue to give them our support. We know it is challenging, but we remind them to be resolute in their efforts."

While many have resorted to ensuring their own safety by obtaining a licensed firearm, one businessman suggested that that was not the answer.

"God is my keeper; I put Him first and foremost. Many ask me why I don't get a gun as crime is growing at an alarming rate, but I have to put my trust in God," he said.

The death of Levy brings to two the number of businessmen who have been killed in recent times.

Owner of Meikle's Block Making Trevor Meikle was shot and killed in April after being trailed from the Norman Manley Airport to Ingleside, where he had dropped off his daughter, who was returning home.