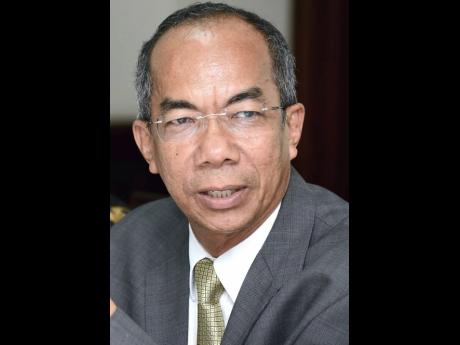 The perennial overflowing of sewage on the streets of downtown Kingston is to receive attention from the Government as it seeks funding in the sum of $3 billion from the Inter American Development Bank to start work on North Street, where the problem is chronic.

Minister Without Portfolio in the Ministry of Economic Growth and Job Creation Dr Horace Chang said the sewage- collection system was critical to any major urban renewal programme in Kingston.

"This Government and my ministry, in particular, will not tolerate a situation where there is a frequent overflow of sewage in our capital. We have to show greater respect for the dignity of our people," Chang told his parliamentary colleagues on Tuesday.

In his contribution to the Sectoral Debate, Chang said that the trunk sewer mains in downtown Kingston are in need of urgent replacement. He said the mains on North Street, Harbour Street and Laws Street must be changed to bring relief to the residents of central and western Kingston.

Turning to south St Catherine, Chang said the Government would be closing several "decrepit smelly, malfunctioning wastewater plants" and redirecting all the waste into the Soapberry Treatment Plant in the parish.

Chang also revealed that the National Water Commission would be seeking private-sector partnerships as it pursues plans to expand the existing sewer network. The sewer expansion will result in the reduction in the pollution of the underground water resources. An estimated eight million gallons of water could be made available for distribution through this reduction.

Another benefit from the sewer expansion plan would be a reduction in pollution to the Kingston Harbour as a result of poor wastewater discharges.