Putting the wealth back into Commonwealth - Scotland 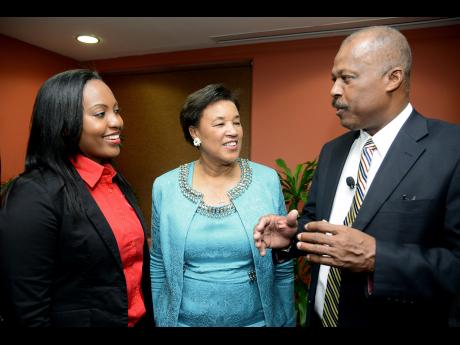 Commonwealth Secretary General Baroness Patricia Scotland is convinced that the collective future of the Commonwealth can be shaped through the unique cultural and historical bonds which characterise the 53 nations which make up the intergovernmental body.

According to Scotland, much more can be achieved if trade between Commonwealth countries is increased.

"At the moment, we have a 19 per cent advantage if we trade with one another because we speak the same language, we have the same common law, the same institutions. It's cheaper, easier and better to trade with a Commonwealth partner," she said.

The baroness further pointed out that the adoption of the sustainable development agenda provides an opportunity for the 2.3 billion citizens of the Commonwealth to collaborate in achieving the Sustainable Development Goals.

She said the issue of climate change also provides opportunities for synergies.

"We also have the same

agenda on climate change. COP21 and the implementation of that COP22 is important because we know in this region that the existential threat of climate change is real," she explained.

Turning her attention to the young people attending the forum, Scotland argued that the future of the Commonwealth is dependent on the under-30 population of the region.

Addressing a question from the audience, Scotland called for a concerted effort to address crime and violence among youth. The baroness also noted that there is an opportunity for Commonwealth countries to share best practices in this regard.

"If we want to know what we should do in relation to violent crime among young men ... do not wait until they have a gun in their hand at 15 to do something about it, start early, start right from the beginning," she added.