'Church must prepare to deal with 21st century gender issues' 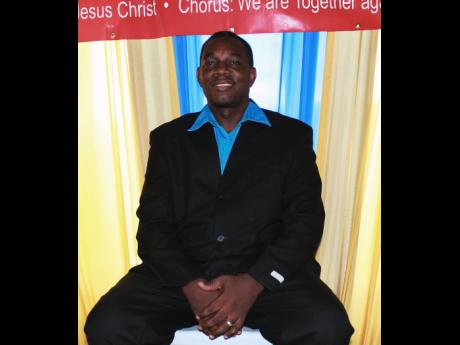 Orantes Moore
Pastor Levy warned that church leaders across the country would be well advised to start thinking about how they are going to tackle 21st century gender-related issues, sooner rather than later.

Establishing an appropriate strategy to deal with homosexuality and other gender-based issues is likely to become the biggest challenge facing the church in Jamaica, president of the national Seventh Day Baptist (SDB) Conference of Churches, Devon Levy, claimed earlier this week.

Speaking at the SDB's 93rd annual general meeting, which was held between July 10 and 16, in Maiden Hall, St Mary, Levy warned that church leaders across the country would be well advised to start thinking about how they are going to tackle 21st-century gender-related issues, sooner rather than later.

He told Family and Religion: "I think the new definition of family, which speaks pretty much to this whole gender issue, is one of the biggest things right now. For example, where homosexuals want to be recognised, religious people are still grappling with idea of how to embrace and show them God's Grace.

"To address the issue, we must first understand that Christians have to be informed by the word of God. Adopting a lifestyle that is unlike what the scripture defends is something that might not be embraced by the Church. But the life and soul of the individual is important, and as a church, I believe that is what we need to be prepared to deal with: how do we save these people?

"It's not an easy issue, but it's something that needs to be dealt with, and as church, more of us need to train and prepare ourselves to deal with these issues because they are not going away."

Looking ahead, Levy, who has held the SDB presidency since 2014, believes the organisation, which has 34 churches and nine groups across the country, could be doing much more to attract new, younger members.

He explained: "I really think the whole issue of attracting new members to our church really has to deal with the personal issues of the members in our church. I think we probably need to be more committed to sharing the good news of salvation, and being proactive in helping to disciple those people with whom we share the gospel.

"For me, the process of disciplining is what is going to increase our membership numbers. Sometimes, as Christians, we do not exhibit much commitment towards ensuring that we learn in a discipled way. We share the gospel, of course, but we have to go the extra mile and start encouraging others to come to the fellowship of believers."