Pride: Celebrating a community of love 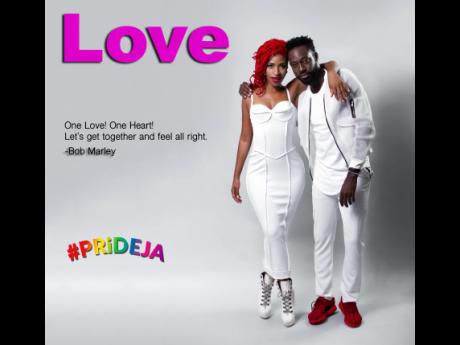 This year, the Jamaica Forum of Lesbians, All-Sexuals and Gays (J-FLAG) will host a number of activities in celebration of Face of Pride 2016 under the theme, 'The Pride of People: Celebrating a community of love'.

The organising committees is hoping that coming out of the seminars and other activities, the message will be heard that it is possible to be lesbian, bisexual, gay and transgender (LGBT) in your community and thrive.

This is aimed at changing the narrative that now obtains that members of the community will die unless they leave Jamaica.

Some of the not-so-subtle forms of discrimination against the community include not being able to take your partner home, parents refusing to pay school fees for gay children, fathers being annoyed by the tone of their gay sons' voice, job denials, unkind whispers at work/school, and even violence.

There are also still pockets of resistance in some churches to members deemed other than heterosexual.

It is the hope of J-FLAG that the 2016 Pride Week activities will start change among Jamaicans.

Locations are still being kept secret but the public will be notified about venues via text messages and other forms of social media.

• The opening ceremony and awards presentation take place on August 1, when the Pride flag will also be hoisted.

• There will be an open mic of spoken word, music, drumming and dancing for the LGBT community and their allies in Montego Bay and Kingston on August 2.

• On August 4, there will be a trade show, museum and gallery featuring products and services offered by the community, artists showcasing their works and how the movement has evolved from its early beginnings to the present.

• August 6 is their black-tie gala evening

• August 7 will bring the curtain down on the week with a beach family picnic when guests will bring their food, drink and chill in a relaxed atmosphere.

Jaevion Nelson, J-FLAG's director of projects and strategy, says that at the end of the week's activities they would like participants to feel a sense of belonging, understand each other better and know that they have a role to play in ensuring peace and harmony. "Then we can start to change the narrative of what it means to be LGBT in Jamaica."

Bad on bail - Fresh concerns as news emerges that '3D's' alleged killer was on the road despite being charged with two crimes
“We have got our man’ - Police confident that they have nabbed 3D’s killer
The face of pride: Dexter Pottinger - International fashion designer embraces J-Flag celebrations