Religion & Culture | The difficult but rewarding life of a monk 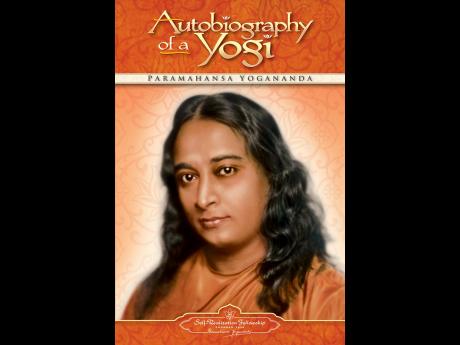 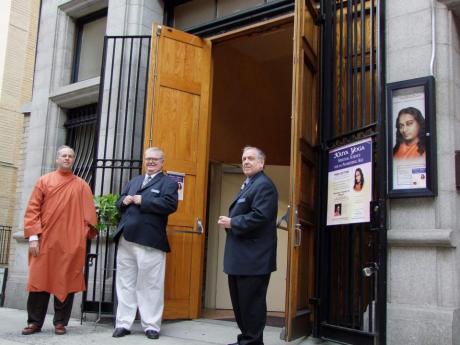 Some made their manifestation to a world unprepared to accept them, born out of season, as the saying goes. Some are called 'Mahatmas,' eminent in standing, raised above all others.

Their teachings are timeless, transcending boundaries and cultures. They are revered, honoured by millions and the fruits of their labour manifest in their chelas (disciples).

One such teacher is Indian-born Swami Paramahansa Yogananda who graced the United States in 1920.

His presence and teachings pricked the consciousness of a people yearning for truth. He proved authentic, embodying the most noble of attributes. His Self-Realisation Fellowship, called Yogoda Satsanga Society in India, emerged as a worldwide movement answering the call of a decaying humanity.

His oeuvre, Autobiography of a Yogi, remains one of the best selling spiritual books of all time. And it is in these pages that he introduced Kriya Yoga - a scientific philosophy, said to bridge mind and spirit - in stages - safely and fluidly.

As early as 1985, Paul Mancini, a young New Yorker, was moved by Autobiography of a Yogi. It was his eureka moment and the beginning of a long road to enlightenment. As his faith blossomed he took the name Vijayananda, meaning, 'Bliss in Victory'.

Vijayananda is unassuming and his tone is soothing, almost disarming. Indeed, decades of monastic life shine through.

Despite a promising career in the psychological sciences after graduating from the College of the Holy Cross, Vijayananda was unfulfilled. He recalled his search for meaning and truth and of his inability to commit to relationships.

"I was dissatisfied with the direction of my life," he said. "Although raised in the Catholic tradition, I read a wide range of spiritual teachings, but it was in 1977 that I read Autobiography of a Yogi. It made a deep impression. At that point I realised that I needed to experience, to know God."

He then quoted Yogananda: "Truths are not truths unless you experience them."

In 1985, Vijayananda became a member of Self-Realisation Fellowship, diligently pursuing its home-study programme.

A form of pranayama

Soon, he understood why others referred to Kriya Yoga as a 'scientific' system and a spiritual approach that is 'specific' to experiencing the Divine.

"It is a form of pranayama, or life energy control," he explained. "Life energy, and hence, our consciousness normally flows outward into the body and senses. When we sit and meditate, sensations and thoughts disturb our concentration and make it difficult, preventing the peace and tranquillity we seek. When we practise Kriya Yoga, we are taught how to turn the flow of life-energy inward in a very direct way."

After one year of concentrated study and application, he entered into a formal 'guru-disciple' relationship.

"It is an inner relationship and the vehicle through which you experience God in the most efficacious way. Guidance comes intuitively through meditation. It is a step-by-step practice, a kind of exploration of truth, if you can call it that."

Months of deliberation led to a life-changing decision to become a monk. A series of interviews, psychological evaluation and preparatory living among monks at the Hidden Valley Ashram in California (to determine his suitability) were mandatory. He then took vows of renunciation, chastity, loyalty, obedience and simplicity.

Vijayananda acknowledged that personality differences and varying viewpoints among the 150 monks at the Ashram can prove challenging "but one learns courtesy, consideration, and self-examination".

According to Vijayananda: "You ask yourself, 'what is it about me that attract certain situations?' You have to keep in mind the wise words of Yogananda: 'Fools argue and wise men discuss'."

Vijayananda opined that the road to wisdom is never smooth.

"Having come from a Roman Catholic background, and having a priest as one of my siblings raised some eyebrows and did cause some concern among family members. You also have to remember that being a monk is a commitment to God and service so that letting go of all attachments is difficult for any family."

Monastic life is not unlike the vow of chastity taken by Roman Catholic priests, Vijayananda said, noting that first year in monastery (as postulants) is the most challenging and not dissimilar to that experienced by seminarians.

Of the common thread in Eastern philosophy and Christian teachings he compared the body's seven energy centres, called chakras by Easterners, to the lamp stands mentioned in Revelation 1:10-12 that reads, "And I turned to see the voice that was speaking with me. And having turned, I saw seven golden lamp stands."

He emphasised that these seven golden lamp stands "are the very chakras or the inner pathways to enlightenment".

"Life at the ashram is almost predictable," said Vijayananda.

There is individual meditation at 5.30 a.m., group meditation one hour later, followed by breakfast. Service includes maintenance, gardening and other domestic chores, working in communication and information technology, and spiritual counselling.

Vegetarian lunch is served at noon, followed by a second round of service, daily recreation and exercise, and dinner. The day ends with group meditation or lectures.

Monasticism isn't an exercise in passivity. Its positivist approach leads to a dynamic spirituality that heals and stabilises a wounded world. Through daily meditation, the monks learn to ignore the trappings of power and self-aggrandisement.

Corruption, wars, and strife have always been man's constant companion, begging the question: can we ever be redeemed?

Like Vijayananda, monks have turned their backs on religious harangues, delusions of piety, hypocrisy, and hubris. They are emulating the life of Mahatmas, adopting the monastic life. And through their healing energies it is believed that the world is spared untold evil and destruction.