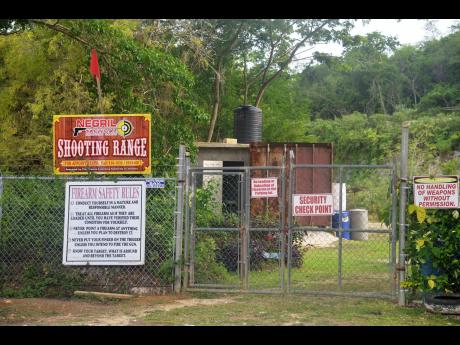 Mark Titus
The entrance to the Negril Tactical Shooting Range in Sheffield, Westmoreland. 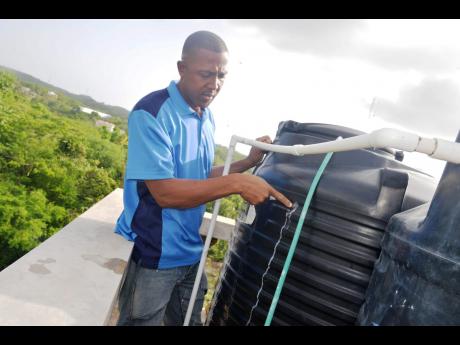 Mark Titus
Ennis points to a water tank on his property, which he said was punctured by a bullet. 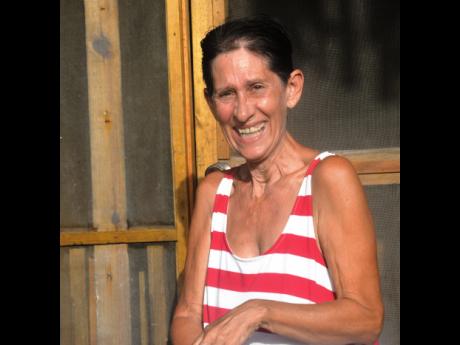 Residents of Sheffield in Negril, Westmoreland, are up in arms over a firearm shooting range that has been operating in the community for the past six years, and are urging the authorities to shut it down.

"The noise starts at about 6:30 a.m. during the week and a bit later on Sundays. We are being greatly affected by this," said businessman Mario Ennis, whose house overlooks the shooting range.

"We have been suffering. We worked hard to build our home, and I believe we have the right to peace and safety. I have spoken to Mrs (Christine) Daley-Green about it, but nothing changed," added Ennis

The facility, dubbed the Negril Tactical Shooting Range, is operated by Daley-Green and her husband, Alanzo.

Canadian Shelly Gaddy, who fell in love with Jamaica several years ago and decided to indulge her health tourism passion by investing US$300,000 in the construction of a bed-and-breakfast facility in Sheffield, is now fearful that she will not realise the expected returns on her investment because of the constant gunfire.

According to Gaddy, the noise from the shooting range has caused 25 of her guests to leave prematurely.

"This is a healing country, and I decided to establish this offering to attract tourists with health issues to relax in the quiet ambience that these natural surroundings provide, but even my mother who came here to recover from a massive heart attack had to leave before she had planned to because of the level of noise coming from the shooters," said Gaddy.

According to the Town and Country Planning (Negril and Green Island Area) Provisional Development Order 2013, the area is designated a residential zone, but can have facilities for assembly and leisure, including a dance hall (but no nightclub), swimming baths, skating rinks, gymnasium, sport arenas or other outdoor games, except for motorsport or where firearms are used.

"Development proposals, which would lead to unacceptable levels of noise nuisance to nearby existing or future occupants, will not be granted permission by the planning authority," the development order reads.

"There are a number of leisure and sporting activities which produce large volumes of noise and nuisance and that would not be considered suitable for a resort area such as Negril. These include motorcycle sports, go-karting, pistol and gun shooting. Some of these activities could, however, be accommodated in indoor facilities which are constructed specifically for that purpose," the order says.

But with those provisions being observed in the breach, one senior citizen, who was among the first residents in the area some 40 years ago, told The Sunday Gleaner that the noise from the range makes it difficult for persons to know if there is a real shooting incident in the neighbourhood.

Other homeowners claimed that the noise pollution has caused a drop in the value of their properties.

One resident, who wants to sell his property, said persons who had expressed an interest in acquiring it changed their minds after becoming aware of the constant noise emanating from the range.

"It's the rich versus the poor and many (residents) are afraid to speak out, but something must be done because it is very disturbing, especially with the school (Sheffield All-Age School) so close," said the resident who asked not to be named.

"It is an ASTEP (Alternative Secondary Transition Education Programme) educational facility, but now these students who are already experiencing challenges to learn have this to deal with on a daily basis," he added.

Determined to shut down the shooting range, the residents have sought the intervention of the Office of the Public Defender and have sent a signed petition to the National Environment and Planning Agency (NEPA) which has since launched an investigation into the matter.

"We cannot live with the constant noise, and with so much shooting going on, there could be unintended consequences," said another resident. "The range has got to go, it cannot stay here," declared another resident.

Daley-Green and her husband have so far refused to comment on the concerns of the residents.